The Generosity of Paul Heaton 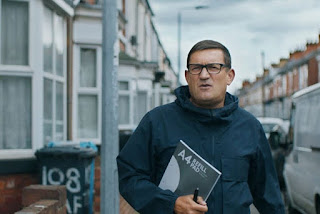 Not all heroes wear capes:

Paul Heaton, as unlikely as it might sound, is the new Orange Goblin. In 2016, when Classic Rock magazine was shut down by publisher Team Rock, Ben Ward of the aforementioned London hard rock stalwarts launched a JustGiving fundraiser to help the laid-off staff. A few months later Classic Rock was rescued by Future Publishing, but the substantial sum raised by those sleeveless Samaritans helped keep some of the country’s most dedicated and talented AC/DC fans in denim patches and bandanas that lean Christmas.

In the same pay-it-back spirit, while the remaining rock press was pouring out a Courvoisier for Q, indie-pop hero Paul Heaton – as the magazine’s final editor Ted Kessler revealed on Twitter last week – dug deep to make a sizeable donation to the venerable mag’s staff and writers and became an instant pandemic superhero. It wasn’t Heaton’s first behind-the-scenes donation to the greater good either; in 2017 he revealed that he’d once offered to nationalise The Beautiful South’s back catalogue, passing on any further profits to the nation’s coffers. Morrissey might claim the union flag is emblazoned across his heart, but would he have it similarly stitched across his wallet?

Heaton’s act was also a sign that the hippies were right – selflessness, as rare a quality in the world of music as a sober breakfast, really will make you more content in the long run. Rock history has countless examples of kind-hearted financial karma paying off. Elton John and George Michael, famed for their unspoken charity, will forever be ‘much-loved superstars’ while Bono and Gary Barlow, famed for their labyrinthine offshore tax arrangements, will always be shady shysters no matter how many Pudseys they help shift.

You have to bear in mind that the music press in England is largely made up of the most vicious gang of jackals who have ever been unleashed into polite society. A full one third probably has rabies. This act of generosity it typical Paul Heaton. He can describe what's wrong with the world with a few lines and then he'll give you a reason to appreciate it for what it is, practically without effort.
- October 12, 2020