The World is Always Going to Push Back 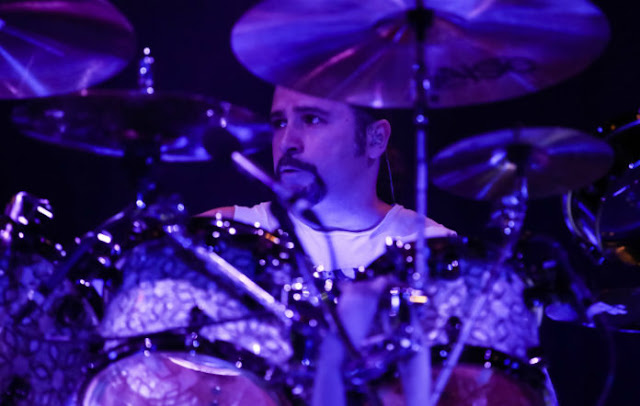 The drummer for System of a Down seems to think that the world owes him everything and that his unpopular opinions insulate him against criticism.

System Of A Down drummer John Dolmayan has hit back at fans who have criticised his controversial political opinions.


The musician sparked outrage back in June when he spoke out in praise of Donald Trump, describing him as “the greatest friend to minorities” in the US. He later targeted Black Lives Matter, saying that the movement “never had legitimacy” and calling it a “propaganda tool” for the Democrat Party.


Dolmayan can say and believe whatever he wants. He can put all of his beliefs out there and he can submit them to the marketplace of ideas. What happens after that is entirely up to the people who can either buy in to those ideas or reject them.


Why is he surprised to find out that nobody wants to listen to his pro-Trump bullshit? Does he think that what he believes is beyond reproach?

Musicians who have liberal or centrist beliefs are subjected to criticism and online nastiness all the time. Standing up against racism has literally ended musical careers. Taking a stand has usually meant being savaged by the people in your fanbase who don't agree with what you're saying.
I mean, grow up, dude.
- September 09, 2020