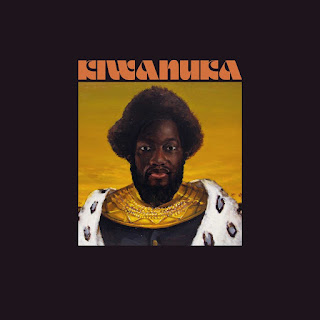 This is very well deserved:

A lush, immersive album of politicised soul, it sees the star exploring themes of self-doubt, faith and civil rights.

Kiwanuka won on his third attempt, having been nominated for each of his previous albums: 2012's Home Again and 2016's Love & Hate.

"I was kind of resigned to the fact [that] if I don't win one this year, probably I'll never win one," he told BBC 6 Music.

Watching someone win something they've always wanted is rewarding in and of itself. In the world of music prizes, I would put the Mercury Prize above a Grammy because I don't think there's any appreciation for artistry in winning one. There is an aspect to winning the Mercury Prize that says that your artistic achievement is paramount; we don't care if your record didn't sell many copies. In the case of Kiwanuka, his album was not a runaway best seller but it landed with authority. It is a dense, multi-layered effort that rises to the moment and to the occasion where we find ourselves.

And it's well deserved because we need to hear someone sing from their soul. No plastic emotions, no cutting corners to let the business people move some widgets. Just old fashioned art in the recorded sounds.