Sue the Hell Out of Them 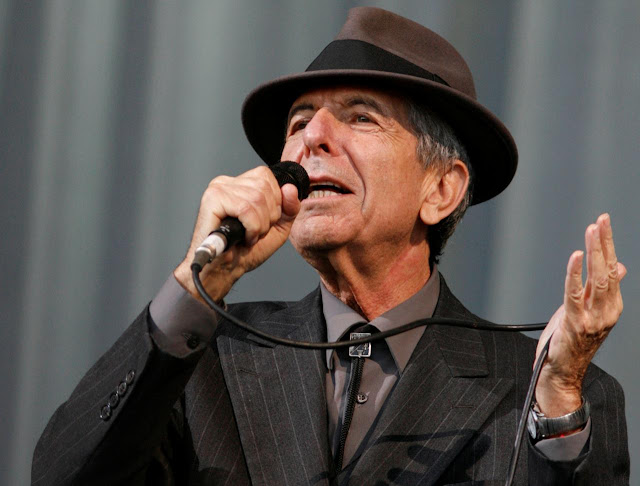 Leonard Cohen isn't around to sue the Republican National Committee, but his estate is here to sue them into fucking oblivion.

In a statement, Brian J. Monaco, president and global chief marketing officer of Sony/ATV Music Publishing, said that “on the eve of the finale of the convention, representatives from the Republican National Committee contacted us regarding obtaining permission for a live performance of Leonard Cohen’s ‘Hallelujah’. We declined their request.”

I don't know what's more infuriating about this. Is it because the GOP asked and were denied and played the song anyway? Or is it because the Republicans tried to appropriate the strength and the majesty of this significant piece of pop culture history and steal the beauty of the song and the words?

It's easy to forgive a mistake. When someone picks a song that they can barely sing or uses music that they have a sentimental attachment to for something that doesn't quite match up, you can forgive their desire to do something right but with the wrong pieces. That is not what happened here.

Does the fact that Kate McKinnon sang the song in 2016 just after the election have anything to do with it? Were the Republicans trolling everyone by using it? I don't know.

There is nothing about Trump's presidency that would lead someone to utter the words Halleluja unless they were passing judgement on the end of it. There is no comfort in using this song as the benediction for what amounted to a four day pageant of evil and white grievance. It was used inappropriately by people who do not understand this culture. You don't use this song unless it is meant to express something serious and meaningful. The end of the GOP convention was the culmination of days and days of ignorance and bullshit. That is not where this song needs to be played.

The words that are sung in this song do not match up to the fascist pageantry of self-pity that we witnessed this past week.

Anyway, I sincerely hope that there are a half-dozen extremely capable entertainment industry lawyers who have the time and energy to grind the living shit out of the RNC for using this song in a lawless way. If they need a witness impact statement, they'll have millions to choose from, millions of people who will say that using Leonard's song was an abomination against decency and humanity.
- August 28, 2020