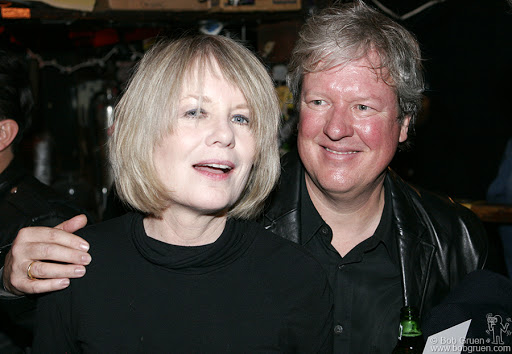 You will learn a number of things from the new book by Chris Frantz. He has written Remain in Love about his time in Talking Heads and as a student and artist. This is really the Chris and Tina Weymouth version of things, and it is probably the definitive story of how David Byrne blew up a successful band because he's an asshole.


Talking Heads drummer Chris Frantz has revealed what happened when the band finally split in 1991.

Speaking in his new biopic Remain In Love, the sticksman documented the band’s final meeting and said frontman David Byrne was so exasperated that the other members kept their cool when he announced their split, that he yelled: “You should be calling me an asshole.”

It’s believed that Byrne had been telling the other members for years that he wanted the band to break up, but they ignored him for their own purposes.

There was always a belief, at least on my part, that Talking Heads were always breaking up. It took nearly a decade for it to happen, but when it did, Byrne did it in a way that emphasized his need to be a solo artist. And that's fine--no one should be forced to continue in a situation where they are unhappy.

Frantz has taken the unusual step of trying to emphasize the positive outcomes and the love that he and Tina had for what they were doing. The thing that I did not realize was that their Tom Tom Club single, Genius of Love, was far more successful than anything that Talking Heads had done up to that point and that it generated some envy within the band. And yes, I did think of The Other Two.

The quality of the books that are coming out about music made in the New Wave and punk era is really staggering. Can't wait to get this and read about it.
- July 21, 2020