That's the End of Tom Meighan 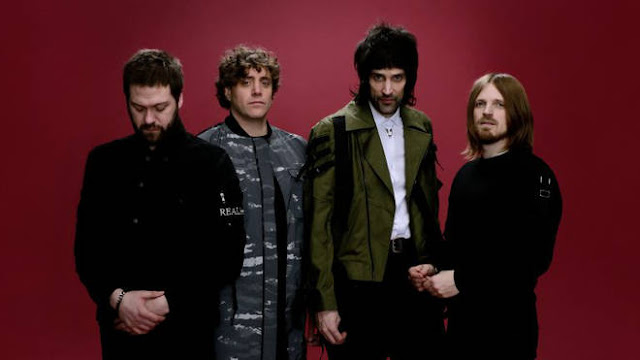 At some point, whatever is left of Kasabian will wish this was a more definitive statement as to how they feel about men who beat women:


The former frontman of British rock band Kasabian has pleaded guilty to assaulting his ex-fiancee -- a day after it was announced he was quitting the band over "personal issues."

Tom Meighan, 39, admitted assaulting his former fiancee Vikki Ager at Leicester Magistrates' Court on Tuesday, a spokesperson for the court confirmed to CNN.

The British group, formed in Leicester 1997 in the English city of Leicester, announced the singer's sudden departure on Monday in a statement posted to its social media channels.

"Tom Meighan is stepping down from Kasabian by mutual consent," the statement read, explaining only that the lead vocalist "has struggled with personal issues that have affected his behaviour for quite some time."

The fact that this has been in the wind for months is shocking enough. On April 9, Meighan admits that he did, in fact, assault his ex-girlfriend Vikki Ager:


At the time of the call, Ager could be heard saying “get off me, get off me.”

Ms Ager suffered bruising to her knees, outer ankle, left elbow, and big toe as well as reddening around the neck, which she confirmed to police was a result of the assault.

Defending Meighan, Michelle Heeley QC said the singer “offers his sincere apologies to the people he has let down and he has sought to address his offending behaviour”.

Mr Valli also told the court that the offence was a “sustained assault” and it “could be argued to be relatively serious”.

Why they didn't part ways with him sooner is one question. The other question is, "don't you think you should condemn him for what he did?"

Apparently, the answer is no.

UPDATE: Someone got to them and now there's this: 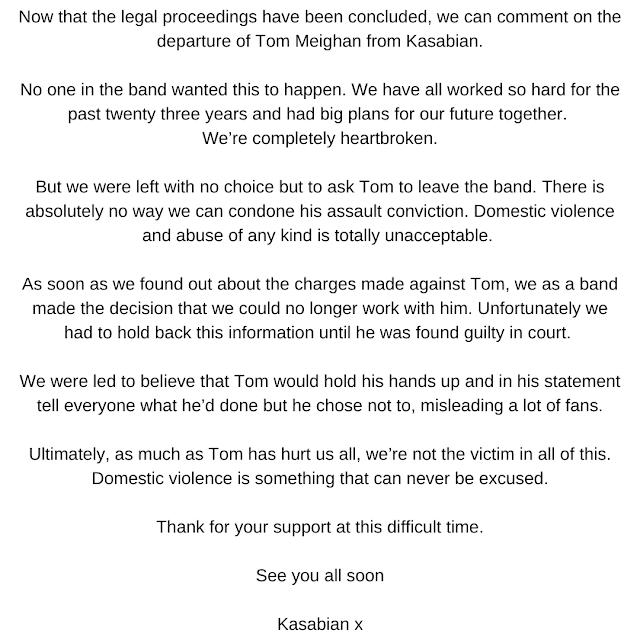