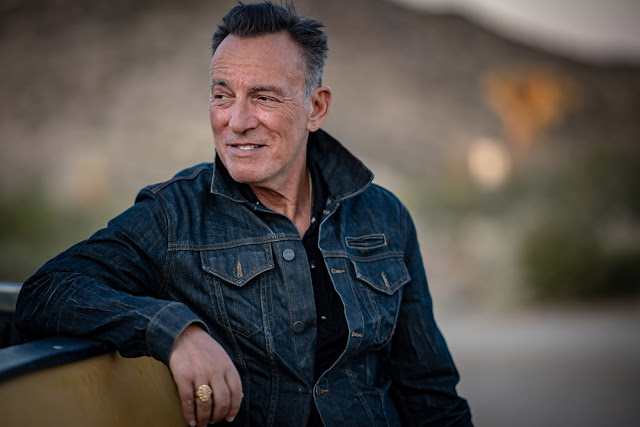 Is this is as political as Bruce Springsteen has ever gotten?


President Donald Trump is “a threat to our democracy,” according to Bruce Springsteen. In conversation with David Brooks at The Atlantic, The Boss spoke about “existential threats” to America, the successes of the Black Lives Matter movement, police reform, and music for the current moment.

Springsteen was particularly incensed about Trump’s June 1st photo op at Lafayette Square and St. John’s Church. Peaceful, legally-assembled protestors were cleared out of the Square with pepper balls, tear gas, and rubber bullets. At the end of this unconstitutional aggression, Trump held up a Bible, as if a holy book would magically erase footage of state-ordered violence.

“I believe we may have finally reached a presidential tipping point with that Lafayette Square walk,” Springsteen said, adding that it was “so outrageously anti-American, so totally buffoonish and so stupid, and so anti–freedom of speech. And we have a video of it that will live on forever.”

Born in 1949, Springsteen came of age during the civil rights movement of the 1960s. He sees some similarities between that tumultuous era and today. “When the SpaceX rocket was going up and cities were burning,” he said, “I had a 1968 flashback.”

There are many differences between then and now, of course. “There was an unbridled rage in 1968 that isn’t quite there today to the same degree. The level of violence, as bad as it was last week, was noticeably less than in ’68. And the protesters are younger. They’re much more diverse.”

Springsteen has always been someone who is unafraid of commenting on American society through his art and through his regular interactions with the music media.  He's always had an opinion, but I don't remember him being this overt in his preference for a specific candidate and I don't remember him being specific about what he wanted to happen in an election. I might have missed something from years ago, but this is stunning to me.

Good for Springsteen. Good for him as far as speaking out against Trumpism and the sickness that has enveloped the country. I don't know if he will change anyone's mind, but it's a welcome statement.
- June 23, 2020