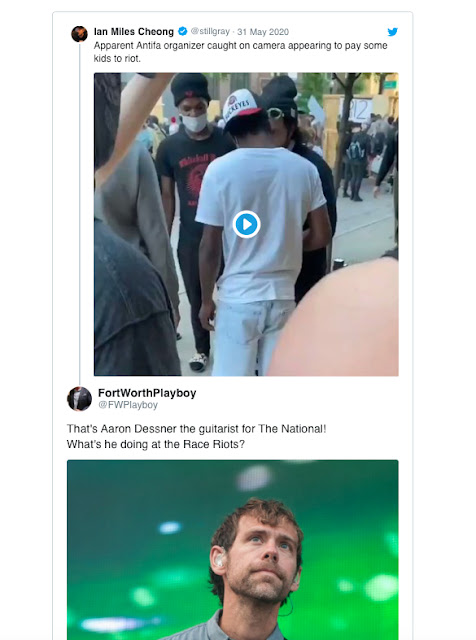 I don't know whether this is a case of someone talking out of their ass or of someone kidding around, but you really shouldn't conflate people with others during a time of national panic and uprising.


The National‘s Aaron Dessner has responded to being mistakingly identified as someone seen encouraging rioting during protests taking place in the US.

On Monday (May 25), George Floyd, a 46-year-old African-American man, was killed in Minneapolis following an altercation with police officers. Floyd died after a white police officer knelt on his neck as he lay on the ground during an arrest.

The incident has since led to thousands of people protesting all across America.

While many musicians and actors, including Janelle Monáe, John Boyega, and Ice Cube, have led calls for justice following the death, Dessner was accused by some social media users of being someone seen encouraging rioting in Columbus, Ohio.

“Meet @aaron_dessner he’s an Antifa organizer paying people to riot!!” one Twitter user wrote, posting a picture of the alleged culprit and tagging Dessner. “He needs to be arrested NOW!!”

Another user commented on a video depicting the apparent Antifa organiser – and Dessner lookalike – “appearing to pay some kids to riot.” 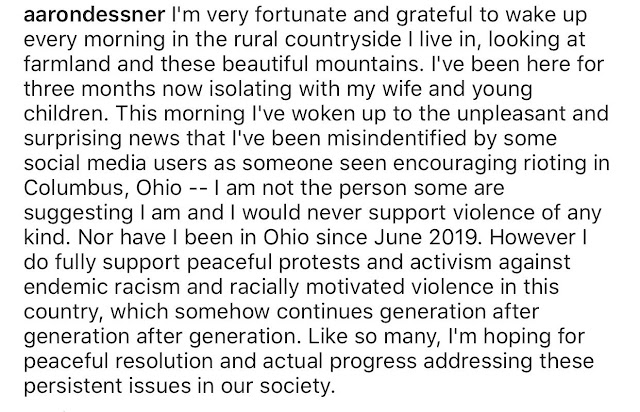