It's Embarrassing to be From a Failed Country 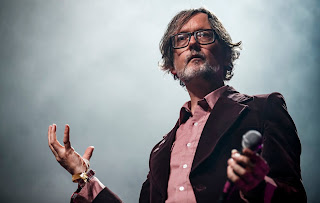 Jarvis hits the nail on the head here:


Jarvis Cocker has said that he finds it “embarrassing” to be English after Britain’s decision to leave the EU.

The former Pulp frontman spoke to filmmaker Jeanie Finlay for The Quietus, in which she asked him what he made of being referred to as an “unconventional national treasure.”

“Obviously it’s meant as a compliment,” he said, “but sometimes… well especially when people said it in the last couple of years… I’m talking about Brexit basically.”

“Because I was very vocally against that and still think it’s one of the most pathetic things ever, especially now. There’s freedom of movement in Europe and it’s so sad that we’ve chucked that away. I’m a little bit bothered about people knowing that I’m English because it’s a bit embarrassing at the moment because of this psychotic thing we’re doing. So I don’t know. It’s something that I can’t really have a perspective on.”

It's completely and utterly embarrassing to be from America right now as well, especially since we have the worst government we've ever had. England is suffering under what Boris Johnson has decided to make out of the dregs of English society and call that a government as well. If you're Canadian right now, trust me. You're not ashamed of your country. You're embarrassed for the ones who fell for the lies and the bullshit.