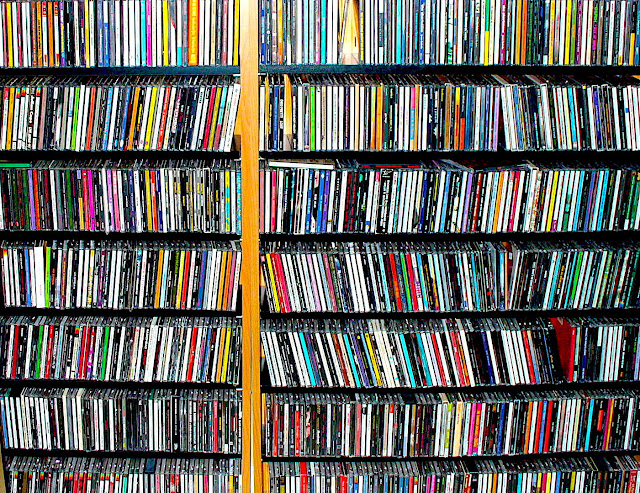 I've always been ambivalent about organizing my CDs. Everything has been digitized, but I can't part with them and I won't ever give them up. It's irrational, but there it is.

I used to have a pair of CD racks that I would set up and, of course, I couldn't get them all to fit. But it was worth the effort. Having moved five times (or so) in the last decade has meant that I have not been able to hang on to the racks (they were given up not long after this photo) and finding a suitable replacement has meant trying to decide between particle board and plastic--not a solution.


Every day hundreds of old CD racks are sent to the dump, where they are mercilessly mocked by bitter old cassette racks.
— John Fugelsang (@JohnFugelsang) May 21, 2020

You can find CD storage units at Goodwill. They are swimming in them. Not interested, really.

My CDs now live in identical moving boxes, stacked up, out of sight. I have a few out, but what does that even mean anymore?

I suppose during the pandemic I should bring each box out, stack and organize them neatly and alphabetically, and see if there are any missing "gems" in there that I might have forgotten to digitize. Let's see how the next few months go.
- May 20, 2020