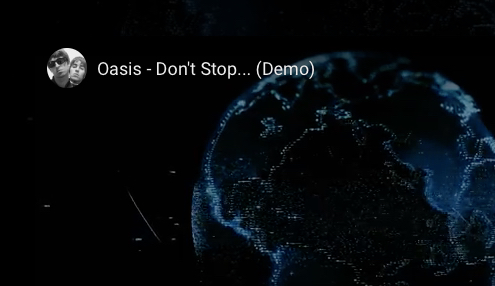 The release of Don't Stop by Oasis happened this week and it struck me as a strange thing to put out. It's somewhat unfinished and is really an entirely solo affair from Noel Gallagher. There is very little of Oasis to recommend the song since he has the lead vocal on it.

It should have been on an album and if not Dig Out Your Soul then Chasing Yesterday. It's a solid piece of music, and it was played well and inadvertently forgotten if Gallagher's version of events are to be believed. I don't know how you write something like this and forget about it, but that's the staggering thing about this fellow. He has written so many great songs, a few are bound to have fallen by the wayside.