Bryan Adams is Racist as Hell 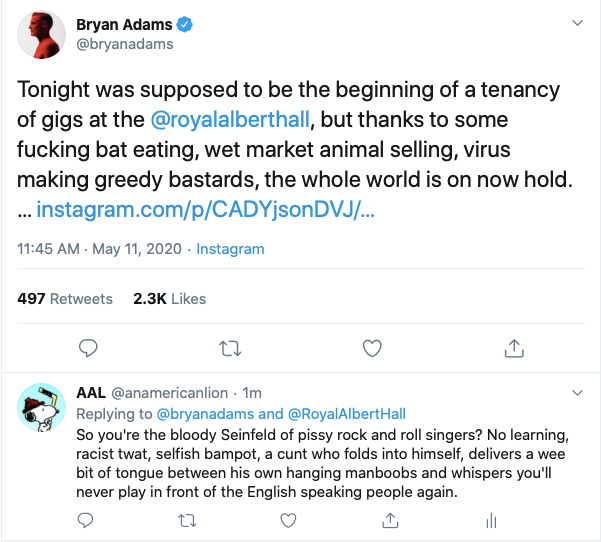 I don't know what makes me angrier. Is it that I know that he broke the hearts of a lot of his longtime fans by being a racist pig fucker? That he knows exactly how to operate in the world like a normal person and decided to cross the line anyway and make a vicious stereotype a part of his public persona as an artist from now on?

It wasn't a "joke." Was he hacked? Okay, that would be something else, if legitimate. This was horrifying and bigoted. It was a revelation of a lack of character and a demonstration that he just doesn't feel responsible for behaving like an adult.

So, fuck Bryan Adams and his mediocre career which has now crashed and burned. Anyone who books him into a venue is endorsing the racist views of a scurrilous person. Anyone who pays him to make music is throwing good money after bad because I have to believe that this guy will face boycotts and reprisals from here on it.

And fuck Ryan Adams, too, just because.