The Road Takes a Toll on Musicians 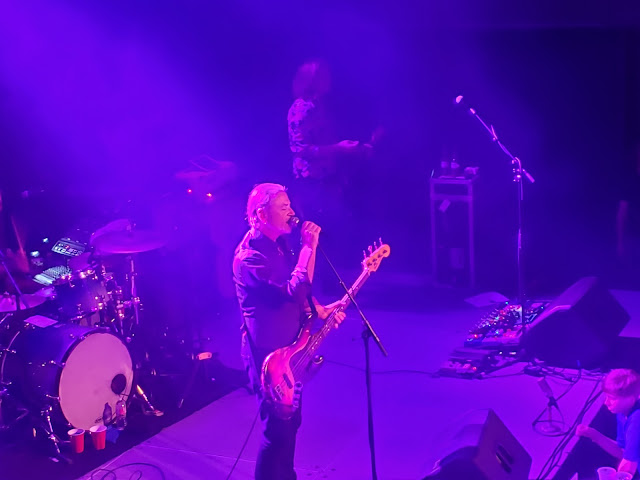 The last show that I really enjoyed from start to finish was in Houston, Texas. I went to see the Church play a small venue there and it struck me then how much of a toll it must have taken on them to get from Australia to the U.S. and back again after playing live. Each and every time I've seen them, they play at a level that is unheard of in terms of live music. They are a vanishing breed, they really are. To see people play music at such a high level of expertise is becoming a rare thing.

That's why this article rings true for me:


In a chilling quote from much-loved music documentary The Last Waltz, about The Band’s final concert in 1976, leader Robbie Robertson looks straight into the camera and ominously says: ‘The road will kill you.”

At the time, he was just 34. Yet, over four decades later, musicians of his storied era are still on the road – and facing escalating health issues as a consequence. Since the start of this year, Ozzy Osbourne, 71, had to cancel his 2020 tour to seek treatment for issues related to his recent diagnosis of Parkinson’s disease. Elton John, 72, had to ditch dates on what was already advertised as his goodbye tour, after declaring himself “extremely unwell”. Madonna, 61, was forced to scratch a bunch of shows from her British tour due to “overwhelming pain” from injuries she sustained on the road which already caused her to nix some US dates. Meanwhile, Aerosmith felt compelled to disinvite drummer Joey Kramer from their Grammy performance, over alleged difficulties the 69-year-old was having keeping the beat, while the group itself has had to scratch dates due to various health issues experienced by Steven Tyler. Then, just this last week, the 56-year-old frontman of Metallica, James Hetfield, needed to cancel shows to, in his words, “look after my mental, physical and spiritual health”.

All this comes hot on the heels of an escalating wave of older stars who’ve either quit the road entirely or begun their last hurrahs, including Paul Simon at 78, Bob Seger at 74, Kiss aged between 68 to 70, Neil Diamond at 79, and Eric Clapton at 74.

“The fact is, it’s really hard to tour,” says Dave Brooks, who covers the concert industry for Billboard. “It’s terribly hard on your body, and mentally difficult too.”

Jem Aswad, senior music editor of the trade publication Variety, says: “People think it’s easy to be a rock star. But try to hold the attention of 18,000 people, and perform really well, for two and a half hours every night. It’s an incredibly tough thing to sustain.”


Not long after seeing The Church, drummer Tim Powles stood up (as he usually does) on his bass drum, came down on it wrong, and fractured his foot. This meant that the band had to cancel a string of shows throughout Europe. And while that may seem like a small thing, it isn't. It's the norm when it comes to problems with live touring. They lost out on all of that revenue and the chance to keep expanding their audience.

Definitely go see bands, and experience live music if you can. But, remember. It's a temporary, finite thing.
- March 03, 2020