Put and End to This Madness 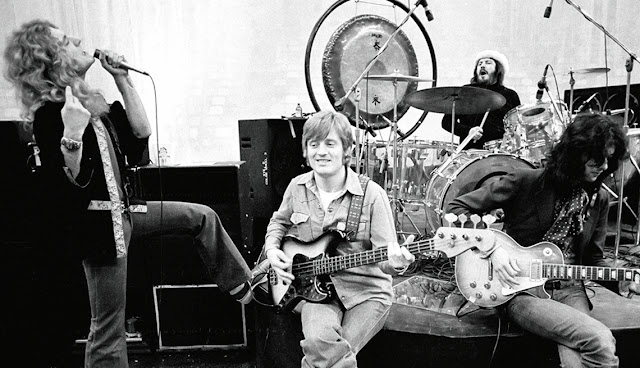 If Led Zeppelin had been more of a progressive rock band, playing their folk-injected blues for small crowds in Southern England before breaking up after a handful of low-selling albums, you would never have heard of this nonsense:


A US appeals court has reinstated a ruling that British rockers Led Zeppelin did not steal part of their song Stairway to Heaven from another band.

The San Francisco 11-judge panel affirmed a 2016 judgment that found no proof the classic 1971 Zeppelin song breached the copyright of Taurus, written by Randy Wolfe from a Los Angeles band called Spirit.

In 2018 that ruling was overturned by a three-judge panel in San Francisco, which said certain instructions to the district court jury had been “erroneous and prejudicial”, and failed to clarify that the arrangement of elements in the public domain could be considered original.

Led Zeppelin took the case to a larger panel whose decision on Monday, based on the 1909 Copyright Act, put the original ruling back in place.

Stairway to Heaven is estimated to have grossed $3.4m during the five-year period that was at issue in the earlier civil trial.

The Led Zeppelin guitarist Jimmy Page – who was sued along with the group’s singer Robert Plant and another surviving bandmate, John Paul Jones – testified in 2016 that the chord sequence in question had “been around forever”.

But Wolfe’s trustee, Michael Skidmore, said the songs had similar chord progressions and Page may have written Stairway to Heaven after hearing Taurus while Led Zeppelin and Spirit toured together.

“Obviously the court got it wrong,” said the trustee’s lawyer, Francis Malofiy. “This is a big loss for creators, those who copyright laws are meant to protect.” Malofiy said he may appeal to the US supreme court.

I have no doubt that Skidmore will continue this fight with all of the tenacity of a copyright troll, and for good reason. There are tens of millions of dollars at stake, perhaps more than a hundred million. The problem is, the audience for Led Zeppelin is fading away and the value of Stairway to Heaven is disappearing. I have no doubt that there are twenty-somethings who love the song, but it's not a generational thing like it was forty to fifty years ago.

The window is closing, and Skidmore is going to milk this for all it's worth. This is actually destructive for artists, in my opinion, because there really are ripoffs out there and if this case establishes too many negative precedents, then other artists could suffer.