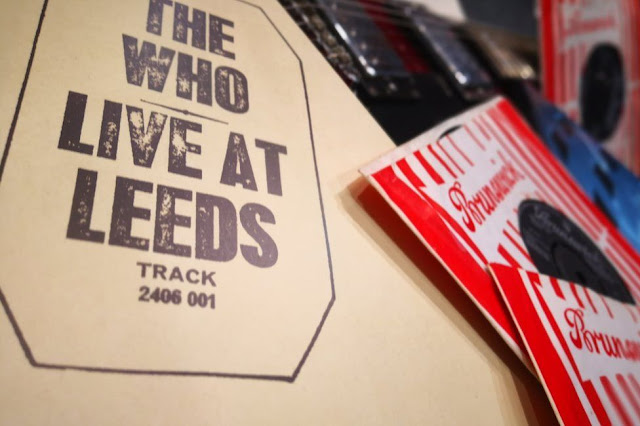 The Who recorded the Live at Leeds album fifty years ago today:


The rock group played at the packed University of Leeds refectory on 14 February 1970 and recorded the gig.

The record it spawned, Live at Leeds, is often cited as one of the best live rock albums of all time.

Ed Anderson, a Who fan who was at the Valentine's Day concert, said: "I remember it vividly. The band threw everything into it."

Mr Anderson, then an economics student at Leeds Polytechnic, was a big fan of the band and first saw them in 1968.

"Leeds University was then the number one venue for rock music, week after week I saw the top bands and I would be there most Saturdays," he said.

He remembered queuing up on that Saturday for tickets costing a few shillings in those pre-decimal times.

I remember having the original version, which documented less than half of the actual performance. The Who played Tommy and a host of other tracks, which surfaced when the album was reissued in a deluxe format decades later.

It is still an absolute barn burner of a performance. Whenever I hear Heaven and Hell from that record, I'm reminded of what this shit is supposed to sound like.
- February 14, 2020