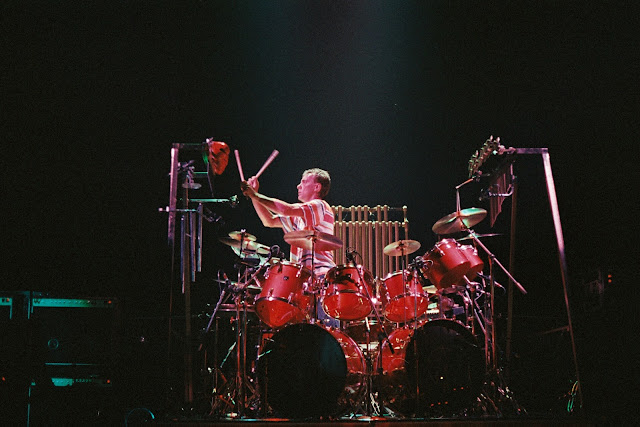 What can you say about the death of Neil Peart?

He was an incredible drummer. He was as learned on his instrument as any musician, ever.

He was a gifted lyricist.

He was an original nerd, and helped nerds find a voice in a vicious world.

He was a writer of travel books, many of which are incisive and passionate about the world.

He was a man who lost one family, and made another.

He left behind a highly influential body of work that will be studied and remembered.

Email ThisBlogThis!Share to TwitterShare to FacebookShare to Pinterest
Labels: Obituary