U2 Plays India For the First Time 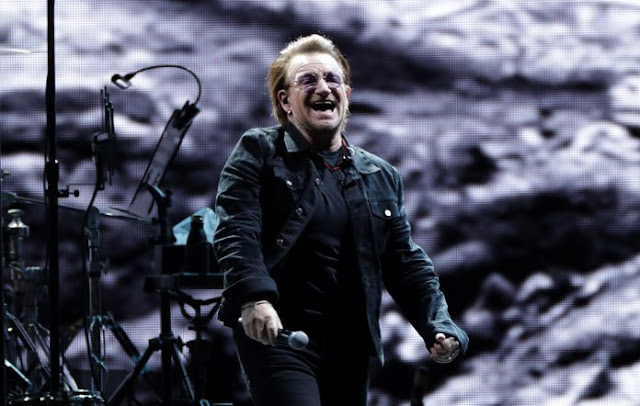 How is it that U2 have never played a show in India?


U2 were joined by Jai Ho composer AR Rahman for their first ever show in India last night (December 15) – watch the performance below.

Wrapping up the final night of ‘The Joshua Tree’ tour at at Mumbai’s DY Patil Stadium, the band were joined by Rahman to perform new track ‘Ahimsa’ along with his daughters Khatija Rahman and Raheema Rahman and singer-songwriter Rianjali Bhowmick.

Speaking about the performance, Ahimsa said: “We are touched by U2’s stand against injustice, for women empowerment and for goodness in this world. The collaboration with U2 on ‘Ahimsa’, comes at a very appropriate time, while the whole world celebrates 150 years of the Mahatma, the message of Ahimsa needs to reach every nook and corner.

I would have thought that there would have been multiple stops during any of the last five U2 tours in that part of the world. That being said, India looks like a vast, untapped market for live music. Why wouldn't you want to play to a massive English-speaking audience? I don't get it.

There are only a handful of bands that you could consider a "global phenomenon" and U2 would definitely be in that category. The Police played India in 1980, Coldplay went there in 2016, and U2 are just now getting around to it? Amazing.
- December 16, 2019