Press the Eject and Give Me the Tape 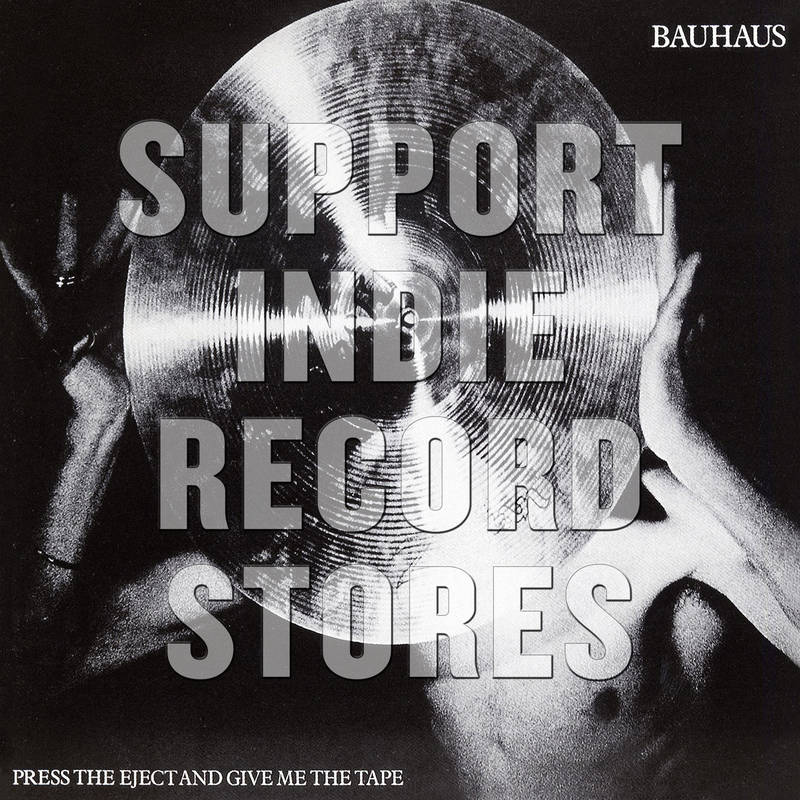 Bauhaus are releasing their live LP Press the Eject and Give Me the Tape for Record Store Day and I think it would be a wonderful acquisition if you can get your hands on it. You may be underwhelmed by the quality but, at the end of the day, it doesn’t matter because it’s the coolest shit ever to play this stuff in the dark when you’re trying to think about your problems.

When I got this album, along with Mask, I immediately became frustrated with Bauhaus. Then, I went and got their other albums, and fell in love with everything they have ever done. This is one of those bands where I buy everything they do, up to and through all of the Love and Rockets stuff, of course. Casual fans just need their greatest hits. Some of the deep tracks get a little ponderous, but so does everyone who made a lot of music in the 1970s and 1980s.

Record Store Day is coming, and sometimes assholes ruin it by gobbling up all of the good stuff. Go fight for what’s yours and don’t let them pull their capitalistic bullshit on you.