That's the End of Beady Eye 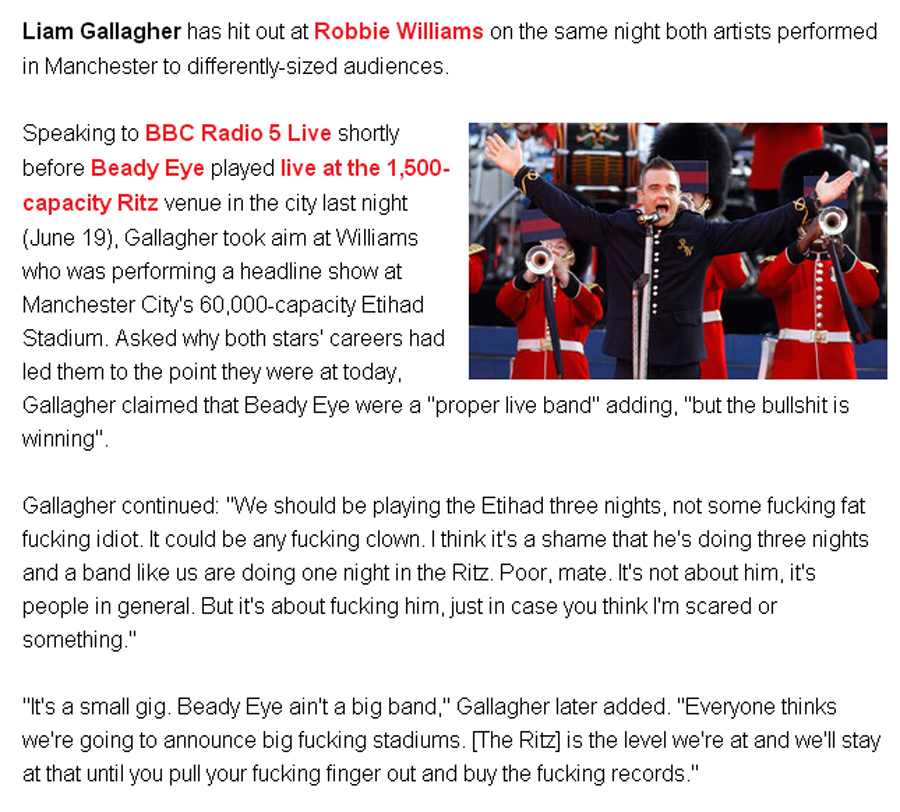 How do you handle the thrill of playing sold-out tours and headlining festival shows and the best arenas in the world when it ends? How do you go from playing huge stadiums to 1,500 seat venues?

If you're Liam Gallagher, you handle it badly, of course.

Beady Eye will not survive the indignities being thrust upon it. At some point, Gem Archer and Andy Bell are going to leave because being a bit player in a band well below the likes of the Killers or Snow Patrol doesn't have the same appeal it had two years ago.