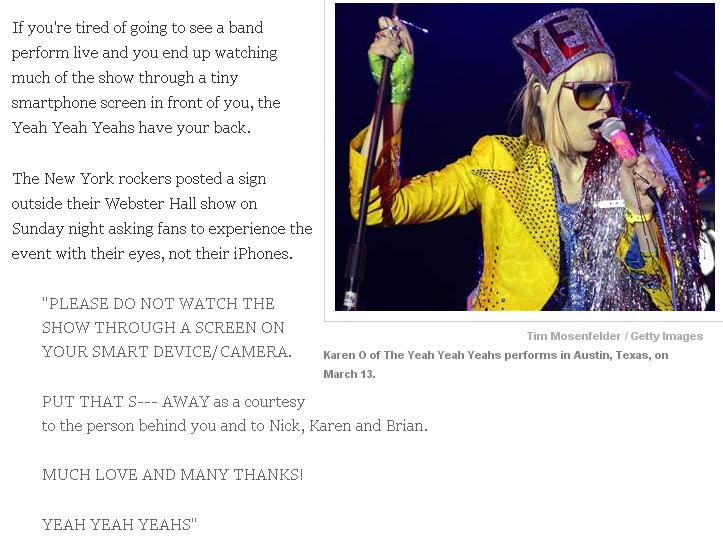 This is a nice idea, but it won't work.

Bootlegging concerts began when portable recording equipment could be smuggled into venues; bands furiously fought against this practice but it now continues in the form of handheld video recording devices no bigger than the very cellphones they are trying to get their fans to stop using. The problem is, people have paid good money to stand there and ignore the band on stage so they can watch a crappy video over and over again until they get frustrated and delete it.

Good luck getting them to stop doing this sort of thing. Charging them an arm and a leg just to stand there and ignore you only makes them want to record the show even more.
- April 09, 2013