The Incredible Vision of Storm Thorgerson 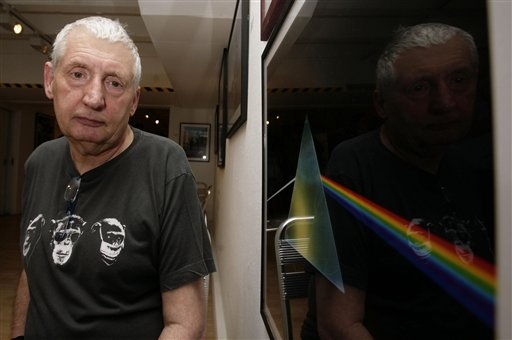 The entire reason for this blog can be summed up in the word "cover." I love album and CD covers and I love the art that goes into those things. To say that I am saddened by the death of Storm Thorgerson is an understatement. There will never be a graphic artist like him again.

The impact of those albums--Pink Floyd and Led Zeppelin--is difficult to fathom in this post-music industry era. A Storm Thorgerson cover might have graced the walls of innumerable music shops, but most of those are now gone. His work went from hanging on walls and adorning album covers to being shrunk down to the size of a 5kb square on Amazon.com.

Thorgerson is the towering figure over graphic art that many people still appreciate. His passing has been big news, and I think it is because people remember the impact of album cover art from the 1970s. Here are three that stand out besides the iconic image of Dark Side of the Moon. This is a small sampling of his work, and it is by no means definitive. These are the three that I think symbolize the impact Thorgerson had on the culture.

Nothing captured the imagination like the cover from Atom Heart Mother. What the hell was this, I suppose some people may have said. What kind of music was this? Not a great big seller but an early work that approximated what Thorgerson was willing to do. Daring, defiant, and brilliant (especially when you consider what was actually on the album).
The cover for Wish You Were Here symbolized the cynicism of Pink Floyd's later works, showing how the grind of show business had begun to take a toll on the band. Everything that was phony about cinema, art, commerce and music was exposed here in a single image, shrunk down and made more noticeable by the use of space around the image.

The controversial cover for Houses of the Holy by Led Zeppelin does not need further examination here. But try to imagine the 1970s without any of these iconic images--you can't.

Thorgerson worked on numerous projects in his later years and his passing is a great loss.
- April 20, 2013