The Tenacity of Suede 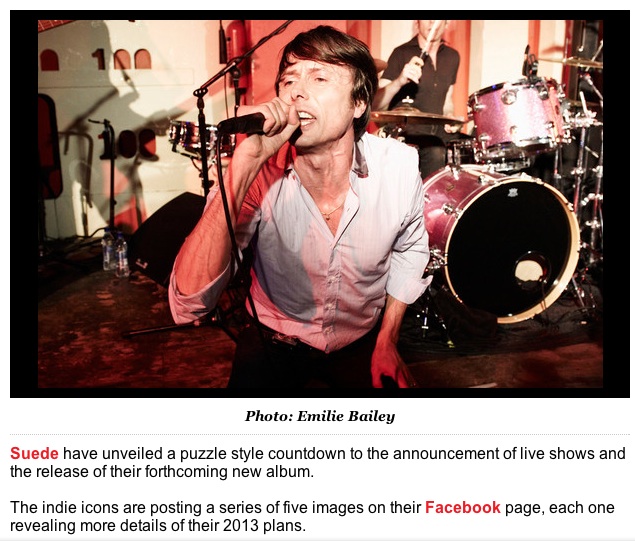 I'm impressed with how tenacious and dedicated Suede have been in recent years. They have fought their way back, writing and then scrapping songs, going back to an honest version of their sound, and giving their fans something to hope for. With Oasis, Blur, and almost everyone else having given up or turned their backs on new music or mired in confusion, Suede are out there, playing and trying to make things work.

Is it really that important to "break" in America? I have no idea if Suede can come to the States and tour extensively and see enough interest to make it worth their while. I would imagine that there is a plan to play in America next year and try to break through. Their efforts to do so in the 90s were honest enough, but they never reach Radiohead status and they remain a European band.

My firm belief is that the whole legal mess over having to call themselves "The London Suede" broke their ambition here, and I think it hurt The Charlatans UK as well to have to kowtow to some ridiculous rule and the vanity of some defunct Sixties musicians. Let's hope that if Suede does get a chance to come across the pond that they can leave that whole "London Suede" thing behind them.
- December 01, 2012