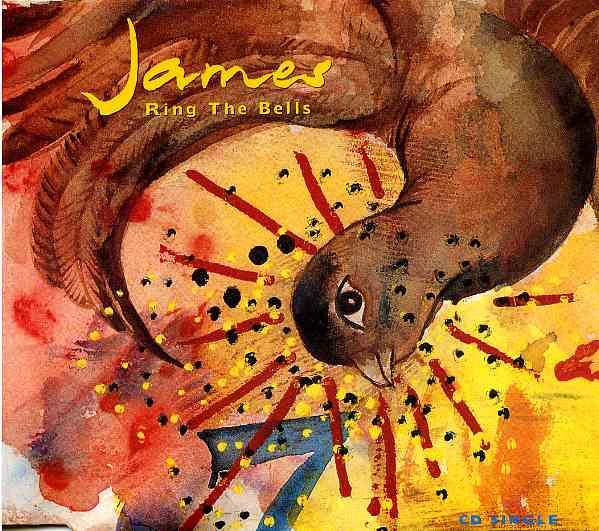 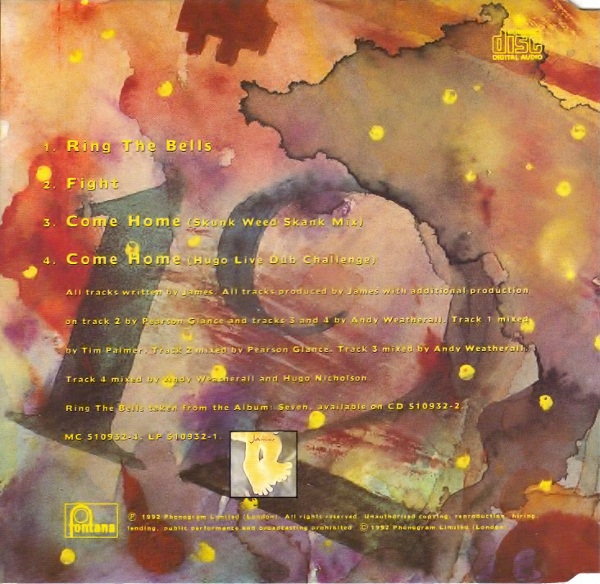 In the early 1990s, James put out a string of classic albums and singles. Their recorded output is prolific enough to place them with the elite recording artists of their era, and they were more than a mere Britpop fad.

This EP is, I think, the first thing I've posted by James. It is a departure from the design sensibility that would appear with the single, colorful daisy image which, I think, defines the band.

There's nothing inherently wrong with this cover, other than the difficulty of reading the back of the single. Ring the Bells is a fantastic song.
- December 24, 2012