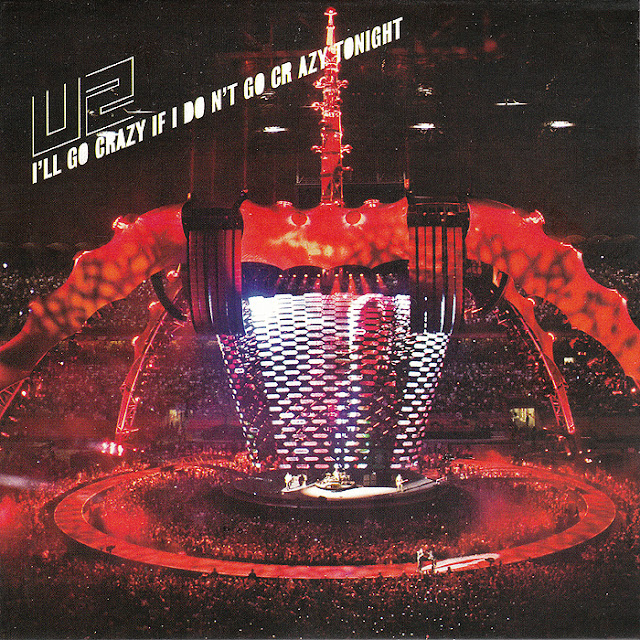 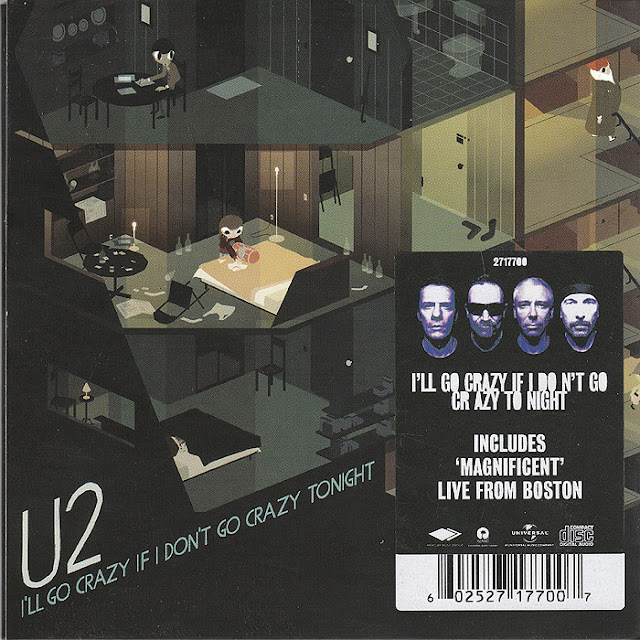 The enormity of U2 continues onto the sleeves of their singles, and I picked this one because I think it shows how the tie-in for their stage show spectacles and their singles have formed a kind of synergy you don't see much of anymore. People are so eager to appear real that they refuse to do these sorts of things unless it is clear that they have unabashedly sold out.

Has U2 sold out? Or is U2 simply selling what they sell so they can go away for three and a half years? I can't figure that out anymore.

This is a nice package in that it includes a live track from Boston. Any time you can acquire a live track of U2 playing Boston, do so. They seem to be able to create magic in front of a Boston crowd.