This is How You Talk to Your Fans 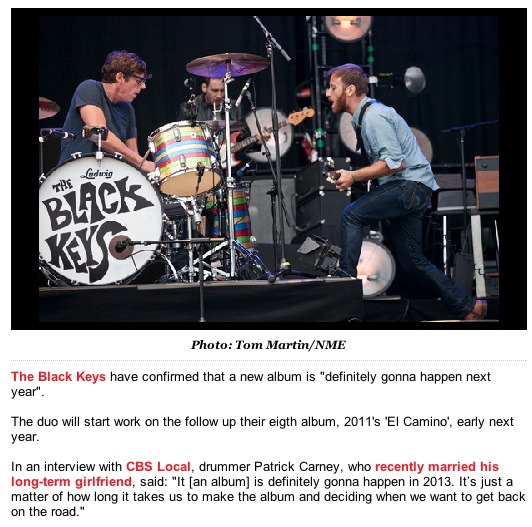 You can say whatever you want about Patrick Carney, but the man knows how to talk to his fans about the future of his band.

I recently posted about Amy Lee and Bon Iver, and how they have both talked about the future in ways that are not conducive to making their fans happy. Bands should just break up or quit and not telegraph that move. They should announce it and move on. They should not tease their fans. And fans need to grow up and realize that no band can last forever.

Carney lays it out for the people who love his band. He says, basically, we're going to do this, then that, we're going to take a break, and you'll see us on the road again next year. And that's all he has to say. Plans can change, things can evolve, and what he's saying does not have to be true. But it should be positive and hopeful, and that's what fans want. They want to see an artist leaning forward, not stumbling around confused.
- October 02, 2012