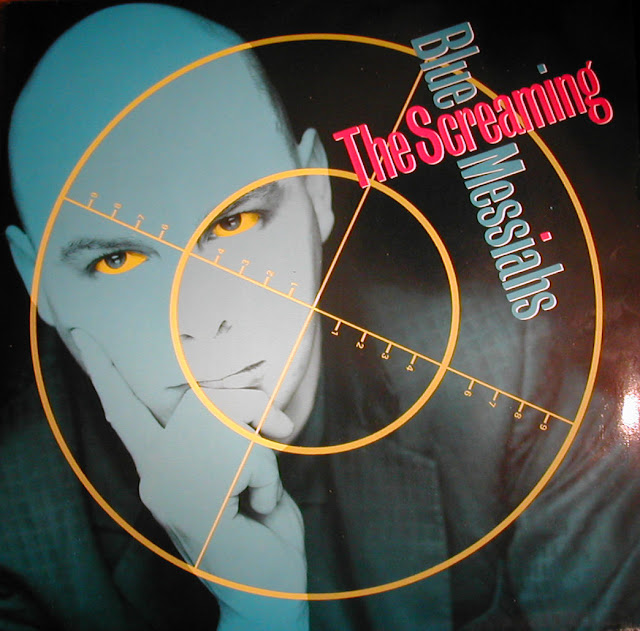 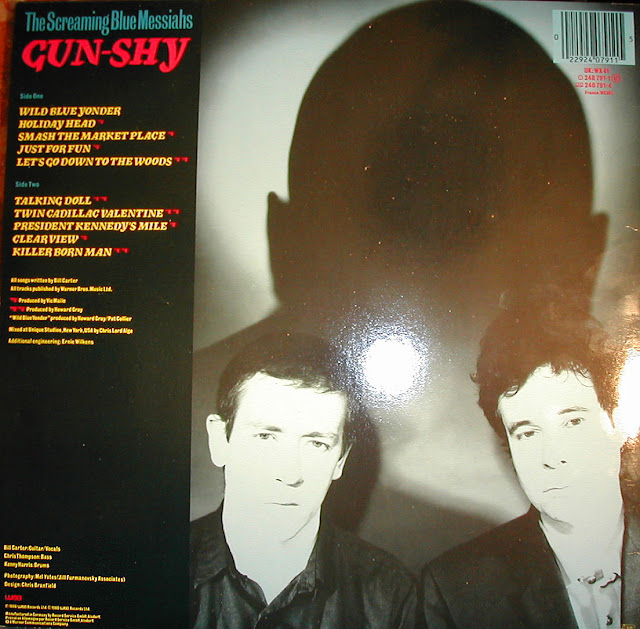 The Screaming Blue Messiahs were an incredible band, and I wish I had better scans of their Gun Shy album. It's not a bad cover at all, and it does the job very well.  Their covers tended to feature guitarist and singer Bill Carter on the front; I think I have their last album on CD and I'll be digging that out very shortly.

Contrary to popular belief, you cannot get their out-of-print albums from Wounded Bird Records. I checked! I couldn't find where they were listed.

Of all of the artists who were active during the late 1980s and early 1990s, the Messiahs rank up there as being one of the artists whose works went out of print and became quite valuable as collectibles. Apparently, that is still the case.
- October 04, 2012