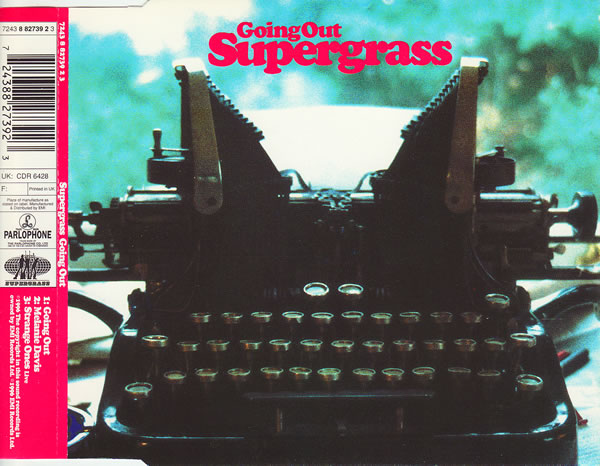 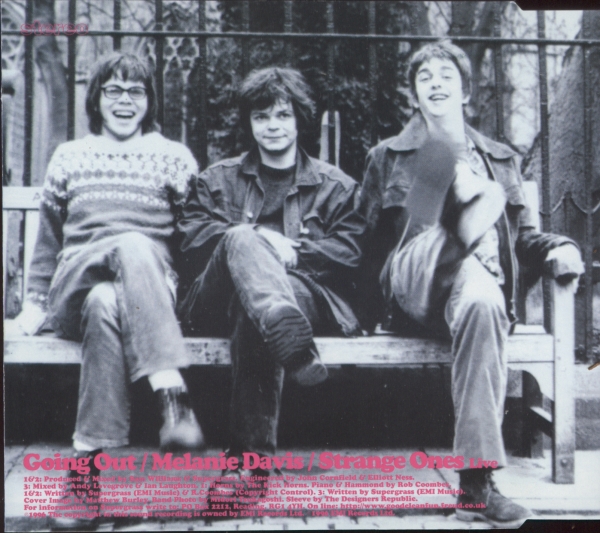 Supergrass were a Britpop band without really any of the commercial failure associated with that genre; they were wildly successful, come to think of it, and deservedly so.

Going Out kicked off the singles from their In It For the Money album, and I remembered this cover because of the vintage typewriter; what that has to do with the single, I have no idea. Many bands put out the worst possible band photos when they release singles. The one on the back cover actually succeeds in making the band look fairly normal.
- October 20, 2012