Coldplay God Put a Smile on Your Face Single 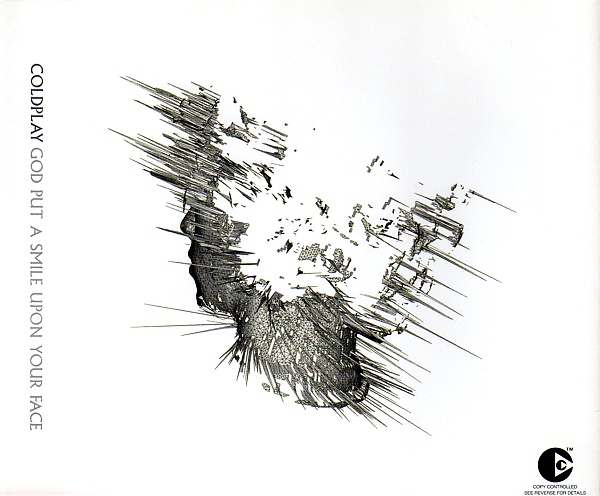 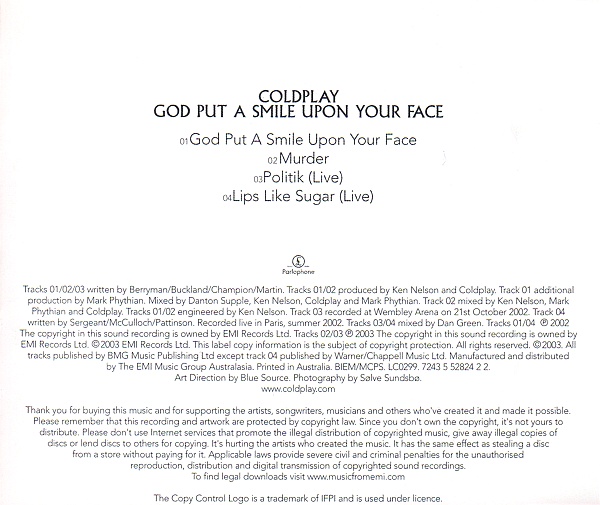 Coldplay put out a slew of great singles in the early 2000s due in large part to the fact that, as the band was blowing up, demand for their music coincided with the explosion of music file sharing and downloading.

On the back of this particular single is a paragraph warning consumers about illegally sharing and downloading music--fat load of good it did, but the outcome was the destruction of sites like Napster.

This is an interesting cover--I believe that they were all done in sequence and show an image being blown up. A fitting metaphor of their career at this point.
- September 13, 2012