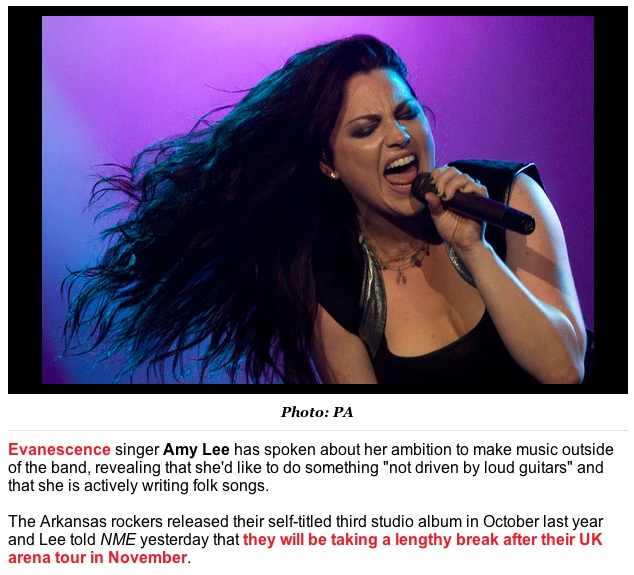 In what must be the most blatant kiss off to the fans of Evanescence, Amy Lee now wants to go make quieter music that doesn't involve guitars. The question is, what's wrong with guitar music? And why are you touring arenas behind that sound if that's not what you want to do?

The question is, why not go do that and not make it part of an extended break? Why not go make the music you want to make and then either return to the current sound or leave it behind entirely?

Amy Lee has a great voice. She could make an album very similar to Adele's 21. Or she could go do an album of folk music. Either way, everything she and her band are doing it a well-telegraphed slap in the face to the people who are digging what she's doing now.
- September 20, 2012