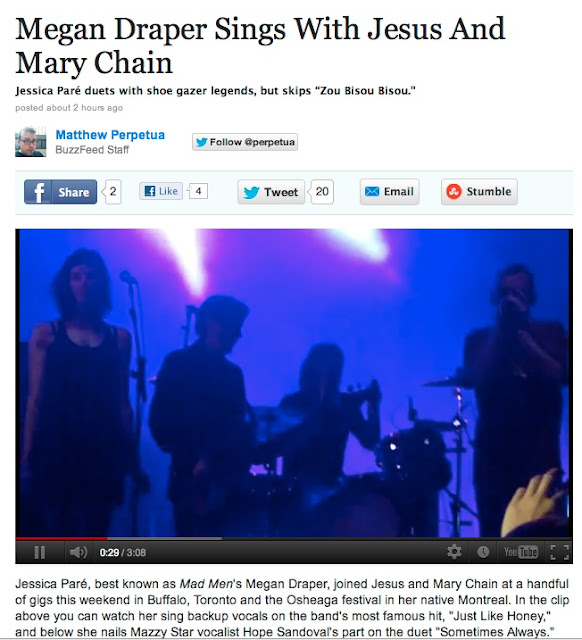 The Jesus and Mary Chain were never shoegazers, although their debut album influenced a lot of people who would go on to be a part of the nascent shoegazing movement. Pink Floyd were never shoegazers, either, but they were very influential in their own way, particularly everything between Atom Heart Mother and Meddle.

Psychocandy was a seminal, original album of brilliant songs and it deconstructed rock and roll in ways that nobody has since been able to top.  It was influential, but it was not a part of the scene that it went on to help inspire; it was a stand-alone accomplishment.

This is what you get when people who don't know anything about music write about music for websites that don't care about anything other than hits.
- August 06, 2012