Garbage Only Happy When it Rains Single 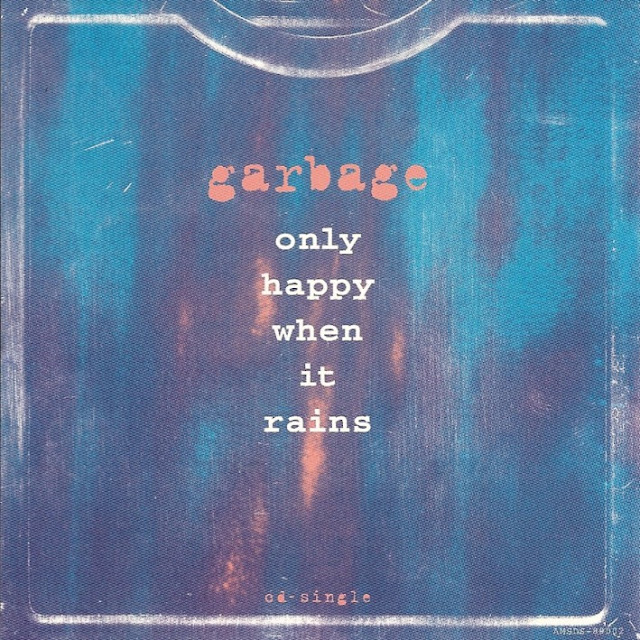 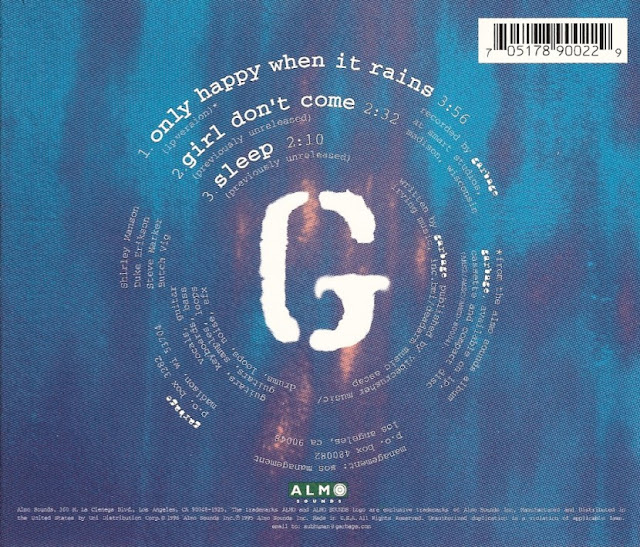 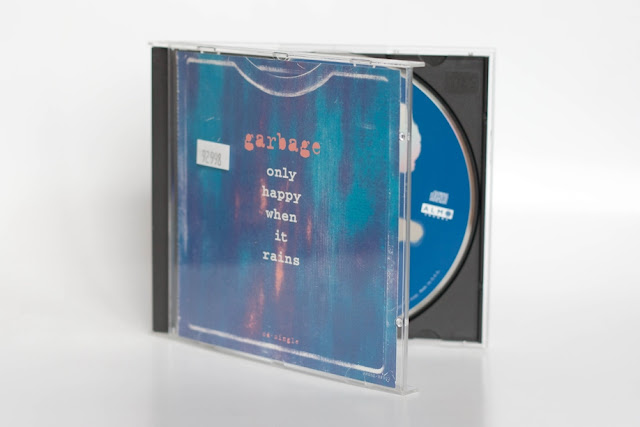 I was an early believer in the promise of Garbage, and I still think they are worthy of admiration. You can lament where their career went; I would say that they rode the crest of a music business that has imploded and taken many great artists down with it.

This single was, I believe, their very first and it suffers from a rather milky, murky cover. The song Only Happy When it Rains is brilliant; it is the sort of thing that fits perfectly into the culture. It is anything but mindlessness and cheap hooks. The art for this, and for the album as a whole, deals in the color pink and in blurred images. And that's fine; but it is more appropriate for a shoegazer type artist than a band that has a sound like Garbage.

This is the single that introduced the world to the dark femme fatale known as Shirley Manson; she is anything but that. What happened to her solo album is pretty much what happened to her band; the music industry is dying, but things like this remind you of what it could have been.
- August 03, 2012