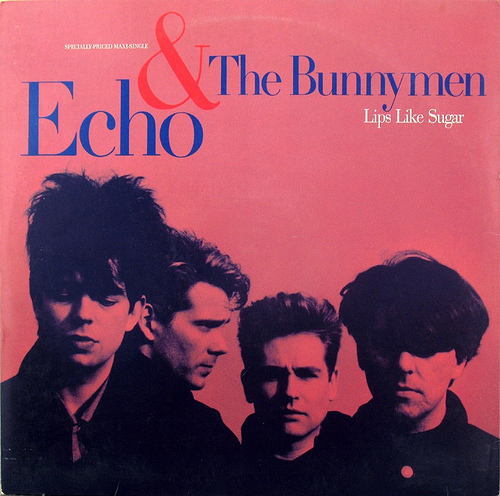 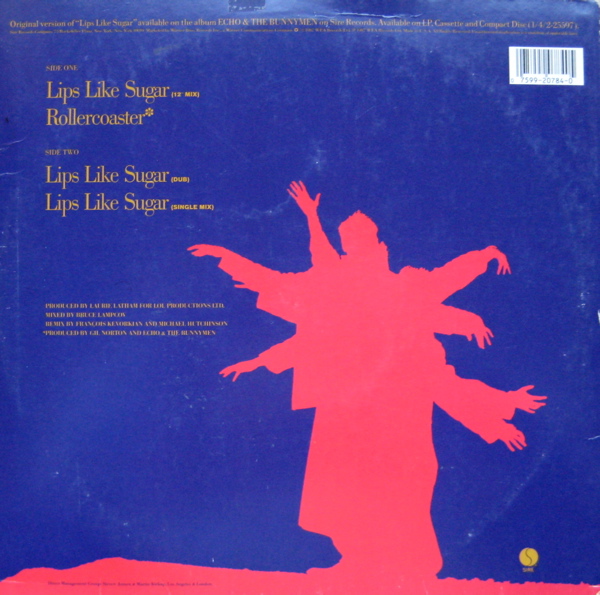 This is one of my favorite things, and all the more so because it arrived at precisely the moment when I did not think too much of Echo & the Bunnymen.

Oh, I was very aware of them; their first five albums coincided with my junior high and high school years; the fifth album on which this single was found came out the year I graduated high school itself and delivered me into a post-Bunnymen future (until the big reunion when I had already moved on and up and over and around).

Lips Like Sugar is a great, great single. It was better than most of what you might have heard that year. The Bunnymen, like everyone else, were trampled by the onslaught of hair metal and a band who used a thing called a Joshua Tree to take over popular music.

If I had been the one to design this single, I would have flipped the images. I would have used the back cover image for the front. I wouldn't change the colors or anything else.
- August 28, 2012