Can Radiohead Save the World? 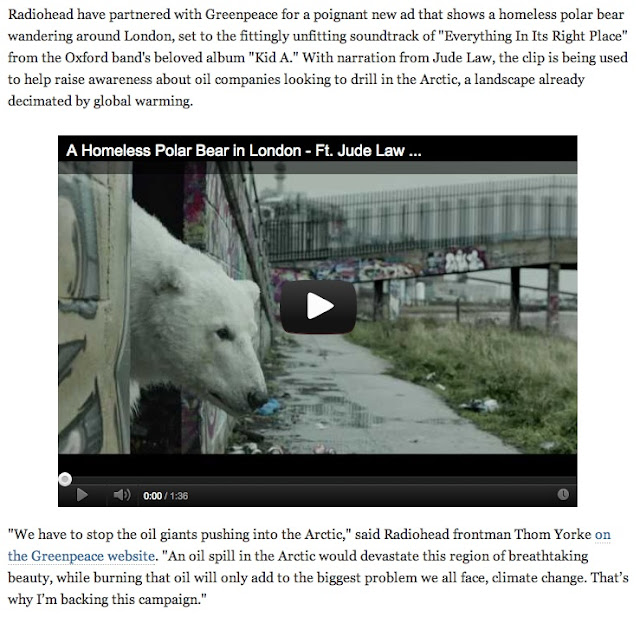 Radiohead have allowed Greenpeace to take one of their songs and use it in an advertisement that is designed to draw awareness to global climate change and the destruction of the Arctic region. This hearkens back to the days when musicians actually cared about things--I had thought that those days were long gone. Apparently not.

You cannot fault Radiohead for giving a crap. Few of their contemporaries care about anything other than trying to figure out how to survive in a world without viable record companies and the outright theft of everything they do. It's almost quaint to see a band do something above and beyond enriching themselves.

I made a few attempts at embedding this video, but you'll just have to click over to here to watch it.
- July 06, 2012