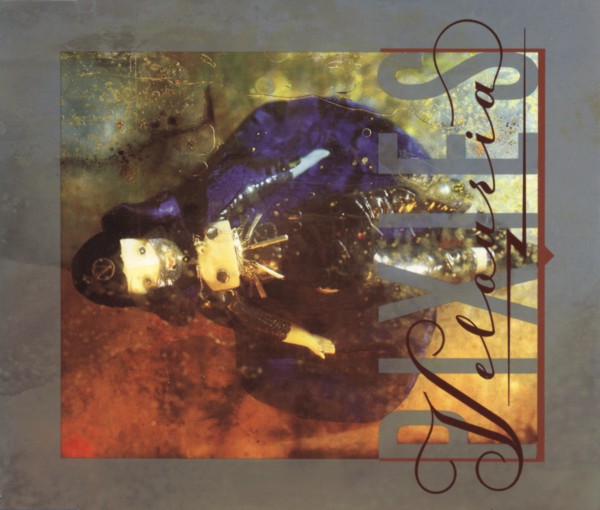 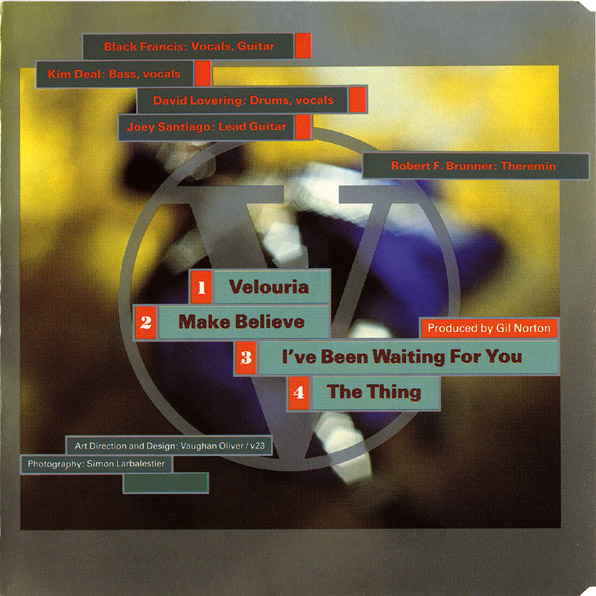 There was nothing more special than the record label 4AD back in the day; no one ever came close to finding that combination of art, typography, design, and cool. That's not to say that a number of record labels didn't come up with great album and singles covers; but no one approached the genius of 4AD.

You could designate an entirely separate blog and look at each and every thing they ever released; the example here is a great place to start.

This single from the Pixies, came during their salad days when their music was being released quickly during the period 1989-1991. This was when they put out three albums, all of them classics, and a slew of great singles. My Velouria was one of them, being complemented by a trio of B-sides. If you were buying records and singles and all that back in the day, you might have found this as a cassette single (ugh), a 12" single (yay), or as a CD single in a kind of digipack deal. Who cares how high it charted? It's a great song.

What I love about the cover is the use of typography and art; it's not twee at all. It is uncompromisingly interesting and cool. And cool radiates through this stuff. The use of strips with red text on the different colored backgrounds is a great example of design, and all of these things float over a letter v in a circle. And, you have to ask yourself--why the superfluous strip below the art direction and photography credits? Was someone supposed to have their name there? What happened?