The Jazz Butcher The Gift of Music Covers 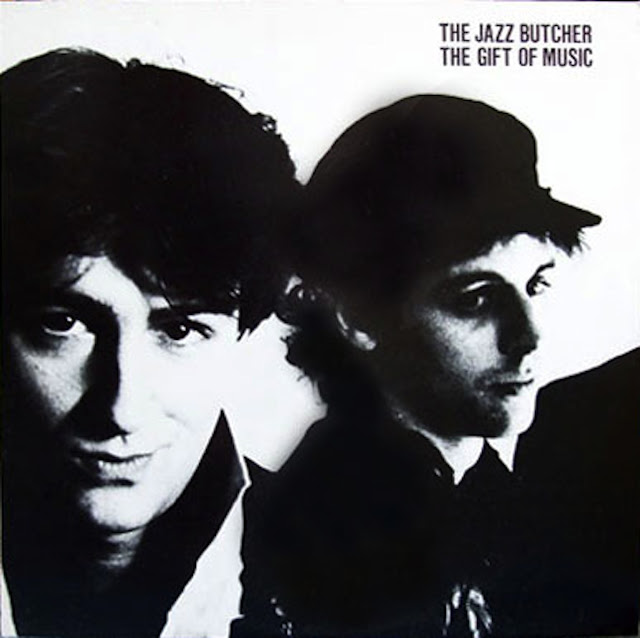 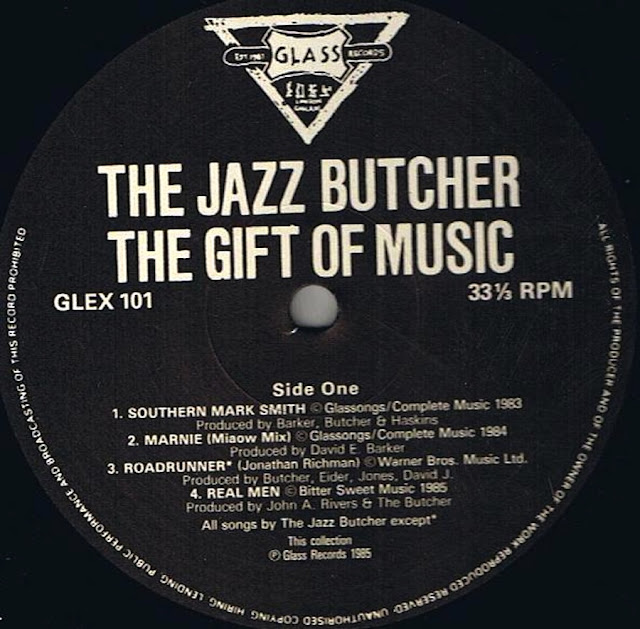 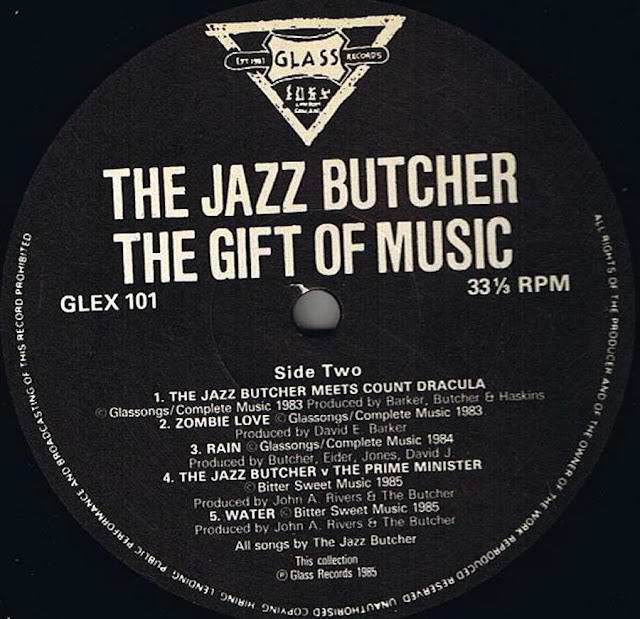 Being an American, and a Midwesterner, and a lover of all things imported from England that could be described as excellent, this record was conceived, pressed, and marketed specifically to me. However, I did not acquire my copy until well into the 2000s when I went on an eBay buying spree and collected up all of these wonderful titles. Ah, eBay. Where did that go? Nowhere for me. I haven't bought anything off of eBay in four years.

The Gift of Music was an album released in 1985 by the folks at Glass Records. It was targeted at the import market, being a compilation album of singles thrown together so that they could be collected in one convenient place.

The Jazz Butcher are still an entity, being the brainchild of Pat Fish. If you are ever in Northampton, you can probably catch Fish playing live.
- May 31, 2012