The Charlatans A Man Needs to Be Told CD 2 Cover 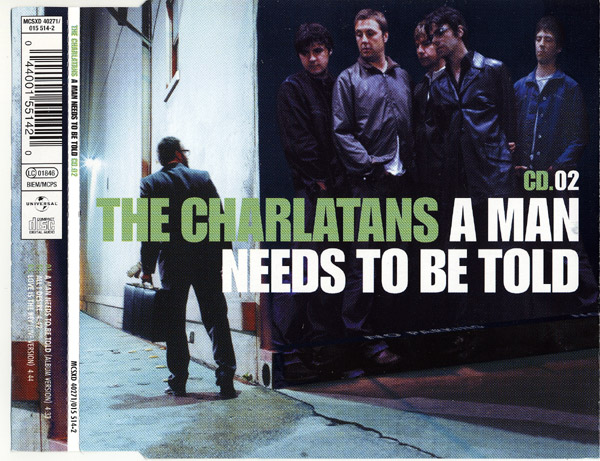 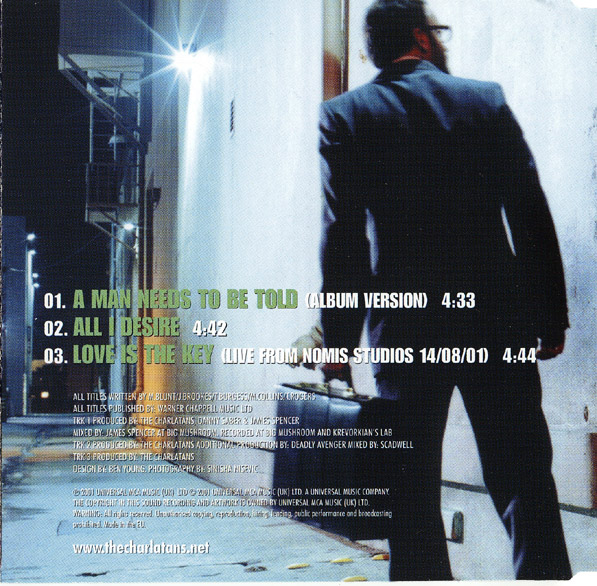 The Charlatans are one of the hardest working survivors of the Madchester/Britpop era in British music. Despite tragedy and setbacks, they have never disappointed. They are the epitome of soldiering on and playing for the fans.

This is an excellent example of the double single release--two different versions of the same single on two different discs. Hardcore fans snap these up, driving the singles up the charts. This particular release is the second of two versions of the "A Man Needs to Be Told" single from the Wonderland album. Shockingly--at least to me--this is eleven years old. It still feels brand new. I remember being startled when Tim Burgess came onto the record with his falsetto--more Bono than Bono.

The singles from Wonderland all featured this wonderful design. Images of street scenes appear with the band in the background, almost like Banksy's stencils. And, as it always happens with the Charlatans, you get great B-sides and a worthwhile single.
- May 18, 2012