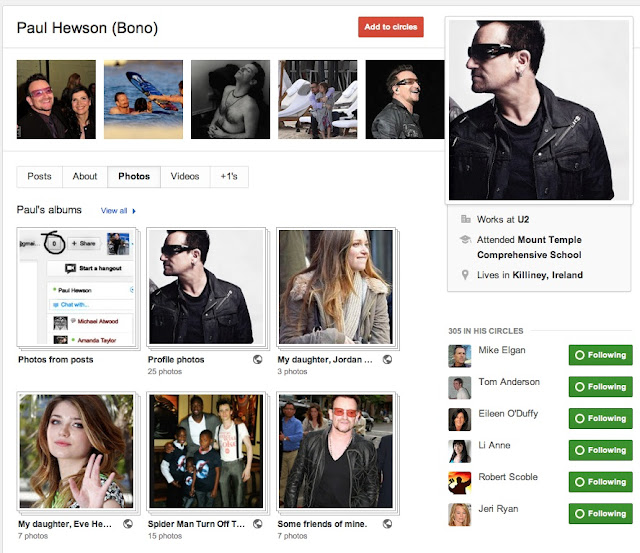 Social Media is where the trolls and the hacks and the fakers come to play.

Is this a real Bono page on Google+ or is it a fake one?

It's fake. I'm about three percent sure (never make a guarantee when you're blogging--it's so aggravating to be wrong).

U2 is one of the most heavily controlled and managed bands in history. Things do not just "appear." Is this page linked on the U2 home page? Is there a tie-in with the U2360 project?

There is simply no way I would believe that this is Bono's "page" because their modus operandi is to coordinate the creation of all four band members' pages at once, and tie that in with the release of a single, in conjunction with someone like Apple, and then couple that with a promotional campaign to save the whales while, at the same time, appearing six weeks before a major release consisting of twelve songs I'm pretty much never going to listen to.