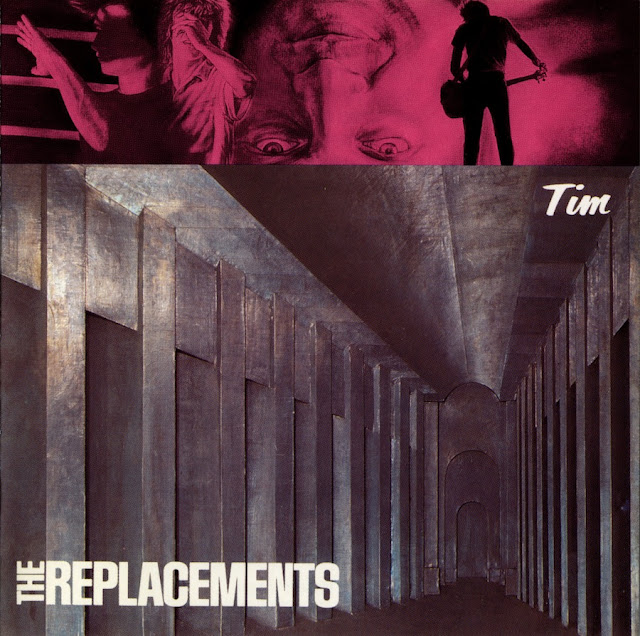 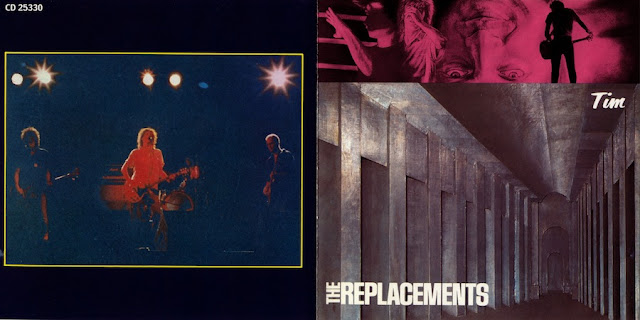 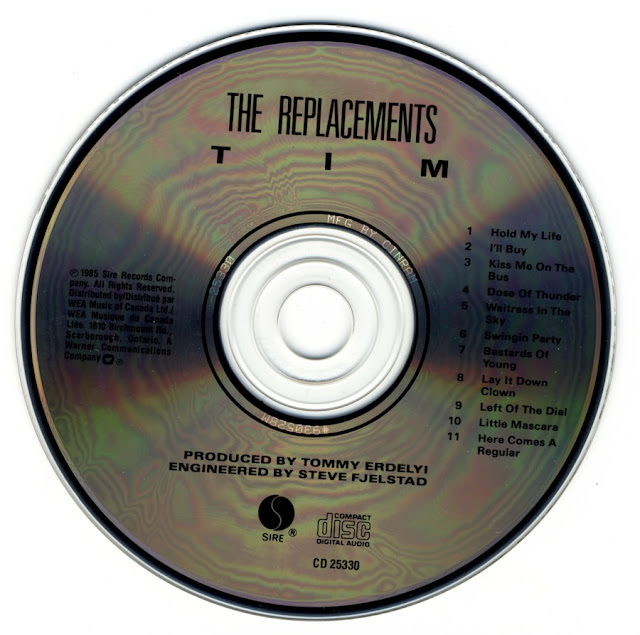 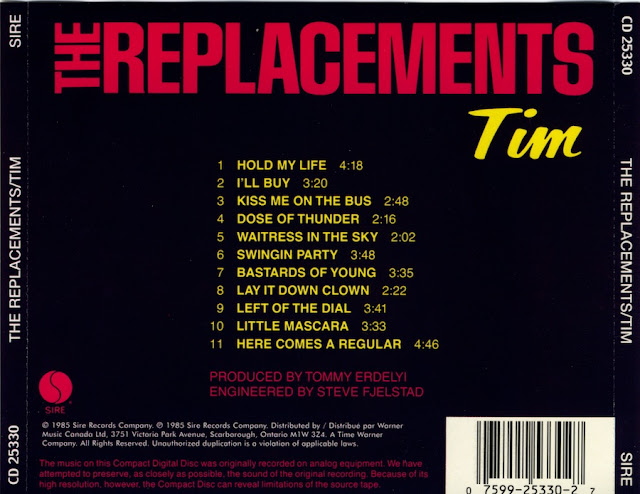 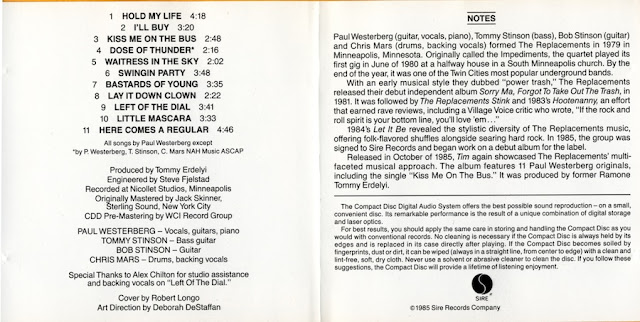 There are some that would call Tim the apex of the career of the band called The Replacements. It was the end of the Bob Stinson era and the beginning of the corporate sell-out era, but the drinking and the shenanigans would continue well on through to the end. The songs would never be as good.

The real crowning glory of The Replacements is found on two of the cuts contained on this album. Bastards of Young and Here Comes a Regular are two sides of the same broken heart, and you could build the quintessential novel of the Eighties around those two songs, weaving them in and out. There are brilliant songs scattered throughout their career, but these two are the two best songs they ever did.

I have never been able to figure out the cover, though. It has an industrial feel to it, with the band portraits designed to make them indie darlings. I have no idea whether to join in with the criticism of Robert Longo or adopt a wait-and-see approach. At some point, I guess it will make sense.
- April 22, 2012