Snow Patrol Up to Now Covers and CDs 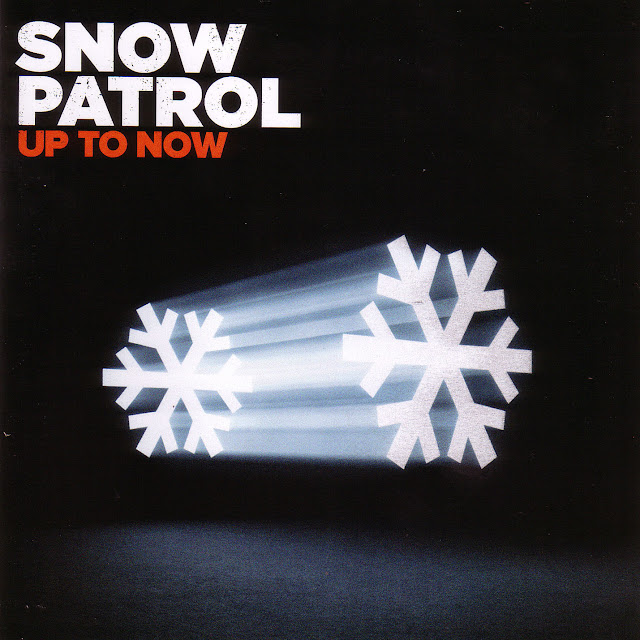 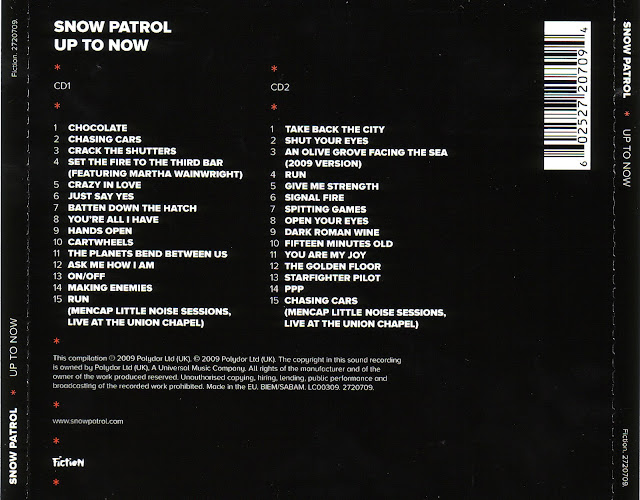 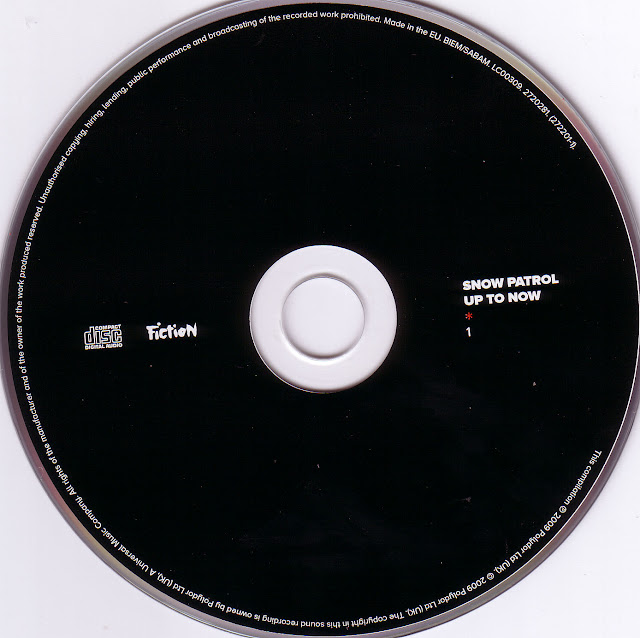 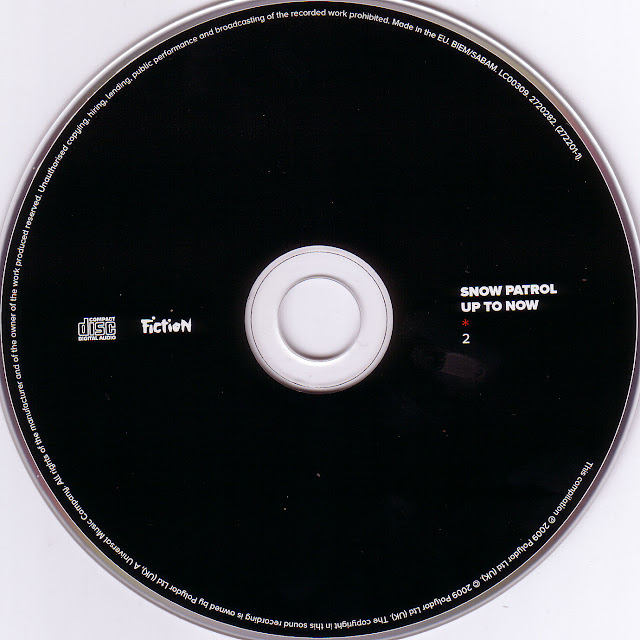 Let's hear it for minimalism!

This greatest hits package from Snow Patrol has a lot going for it, even though it is about as minimalistic as can be.

The cover is very simple and basic. If you can't tell that the mechanically-rendered snowflake represents the band, then you're having issues that cannot be resolved through purchasing a greatest hits package.

The real selling point is the back cover, and here's how that works. When you prominently display the tracks that are available, you immediately understand a couple of things about this package. First, it's a two CD set. Whatever the price is, you have a great opportunity to get your money's worth. Second, the tracks are arranged so that they can be read. That may seem like a no-brainer, but, really--it's not. Third, there's an opportunity to get rare tracks or versions with this package because the parentheses that follow several of the included tracks spell that much out for the purchaser.

This is a good way to sell music. How this works as a download would, again, have to emphasize the value and the fact that you're getting thirty tracks spread over two CDs.
- April 03, 2012