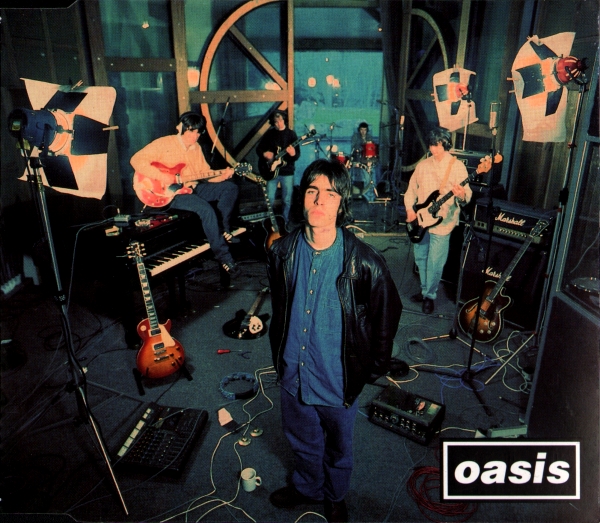 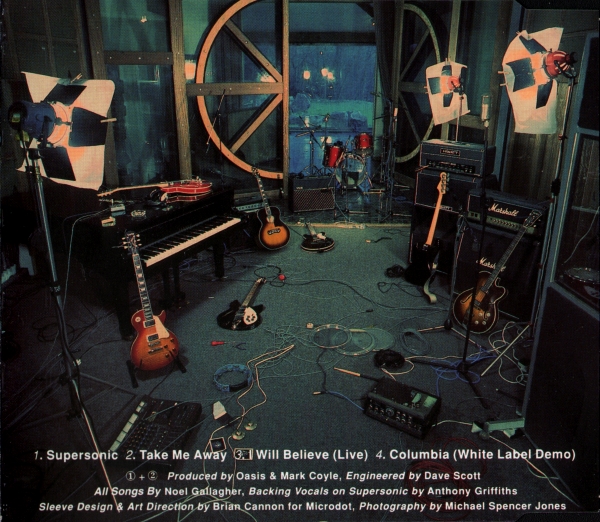 This is one of the greatest singles of the 1990s, and it landed with a roar. It helped break Oasis almost instantly as one of the biggest bands in the world. It certainly conquered England.

There are several elements at work here. First, you have the wonderful design of Brian Cannon and the enormously important photography of Michael Spencer Jones. This combination is deserving of a major scholarly work, detailing their efforts to bring music to the masses through art and concepts. Second, you have a photo with and without the band, giving the fan a chance to peek in through the window and see the creative process at work. Their instruments are cast around the room, wires run everywhere, and the door is opened to the drum room. Beyond that, you see the gloom and the rain outside. Third, you have the added attraction of rare and live tracks with a solid B-side to get people interested in what's on the single.

Easily one of my favorites. It shows a young band just starting out, just before making it huge. Does it matter if this was staged, if this was an aborted recording session, or if anything was actually recorded here? No, because it gives the perfect illusion of a beginning, and of a process, and of a snapshot in time that will never be captured again.
- April 03, 2012