God Save the Queen to be Rereleased 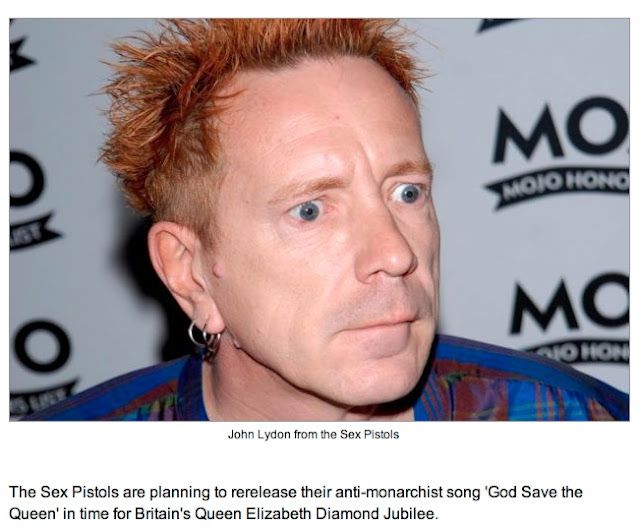 The difference between now and then is the fact that it is virtually impossible to shock people know. In Britain, there was genuine shock and outrage at the Sex Pistols. Now? A jaded people see the antics of the young people and don't even bat an eye.

I would expect that this will be met with polite applause and indifference, especially since the original would need Autotune in order to make it in the modern marketplace.

UPDATE: Lydon wants no part of the rerelease and is focusing on new music with PiL.
- April 17, 2012