The Grammys Have Never Mattered 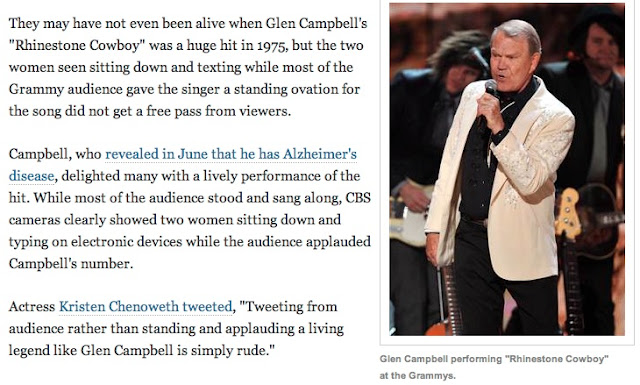 I'm not surprised that there were people at the Grammys who didn't care whether they were seen not paying attention to what Glen Campbell was doing. This year's Grammys were notable only because Whitney Houston died; and what's sad is that the Grammy Awards have never mattered and have instead celebrated the corporate music world and the mediocrity it still represents as it continues to fade into obscurity.

A couple of years ago, no one would have cared whether Glen Campbell or Whitney Houston were even there.
- February 13, 2012