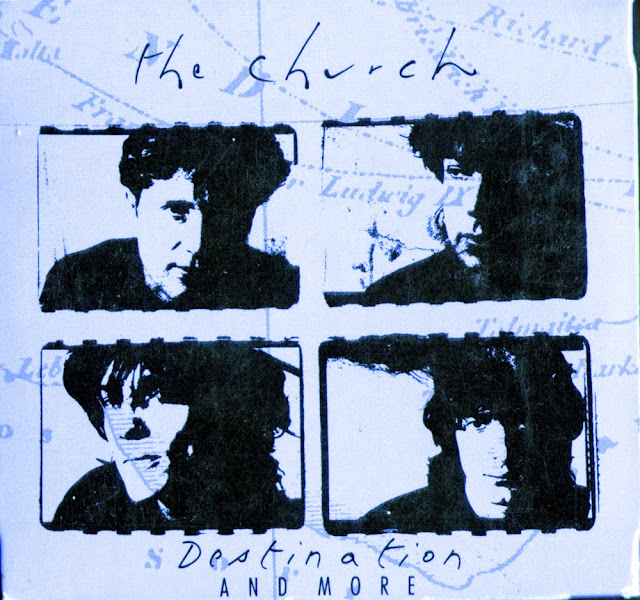 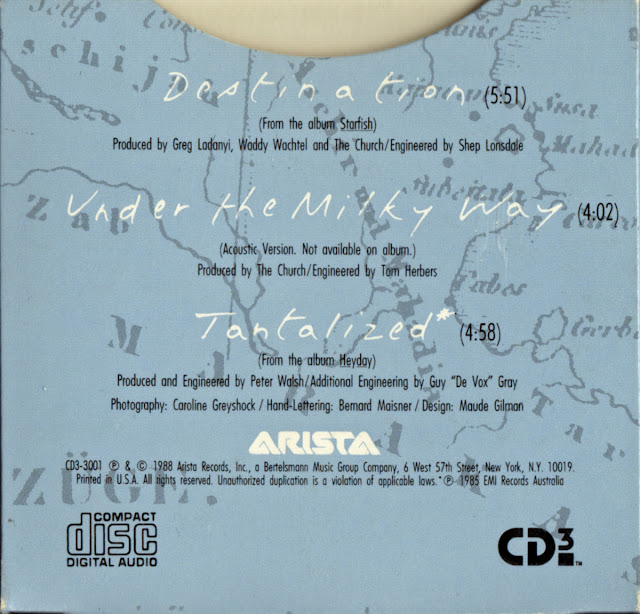 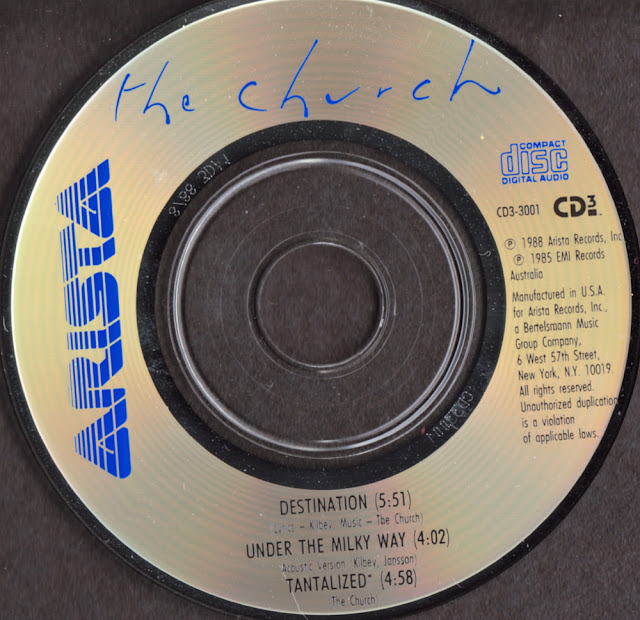 In the late 1980s and early 1990s, record companies didn't know exactly what to do with the now-discarded vinyl formats that they were accustomed to. Long playing records were quickly disappearing; but 45 rpm singles were another matter. They were the quickest way to sell songs to consumers; there used to be 45s available in places where they could market them and get rid of them.

When CDs came about, what could they do to keep the revenue from singles flowing? Well, the answer evolved over time.

CDs were originally packaged in long boxes so that retailers could display them in a similar upright fashion for consumers. These longboxes were an environmental concern; basically, they were just cardboard that ended up getting thrown away. Singles were marketed in a somewhat similar fashion. This particular release was packaged as a folding, slim piece of cardboard about five inches wide or so, smaller than a standard CD long box.

Released in late 1988 or early 1989 (I cannot recall), this single could more properly be considered an EP. This was, I believe, the last single from The Church's landmark Starfish album and, as a single, Destination was an odd choice. The song is slow, but builds and flows with tension. It was a great song to open the album with but it wasn't really a proper single.

This package included an acoustic version of Under the Milky Way, and showcases what has always been a unique feature of the Church as a band--their inherent ability to play anything any way they can, be it fully electrified, with a backing orchestra, or on acoustic guitars. This is what appears to be a live take recorded in conjunction with several other songs that the band cut while they booked studio time in the Minneapolis area.

I could never figure out why they slapped Tantalized on the end of this; it must have been someone's idea to try to move more copies of Heyday or it was intended to be filler so that the length of the EP could break ten minutes.

Anyway, this was an extremely special purchase back in those days, and the CD3 format did not catch on or last for very long. The disc itself, being smaller than a CD, was resurrected for the DVDs that I can put in our home movie camera. Finding a CD player with the slot designed to play this format (older CD players have a CD3 inset where this disc would fit) nowadays isn't easy since everything is loaded through a slot. But I suppose there is still a market for these out there.
- February 20, 2012