The Biggest Music Group of the 1990s Gets Back Together

The Spice Girls were the biggest band of the 1990s, and that's not my opinion at all. This is an argument that it isn't even worth having.

They have sold 75 million records, making them the number one girl group of all time. Their live comeback was "better" than the one mounted by Led Zeppelin and The Sex Pistols. They do have some credits to back them up.

I am only marginally interested in the Spice Girls. Never bought the music, never paid attention to what they did, but I will acknowledge them as a cultural movement. They are largely forgotten now in the United States, but, in Britain, these ladies were all the rage on the front pages of the newspapers and in the celebrity gossip machine personified by Rupert Murdoch's papers and all of his competitors. Their lives were pulled apart and examined and it is still, to this day, impossible to understand how Victoria Beckham keeps it all together. What woman on Earth has been hounded more than Beckham? Well, Melanie Brown and Geri Halliwell might want to get in there for a word. Emma Bunton and Melanie Chisholm didn't exactly get a free ride from the press in the native country, either.

In any event, they are playing for the Queen. This means something in Britain. I don't think it will merit more than a yawn in the States. Perhaps there are legions of hardcore Spice Girls fans in the Midwest. Who knows?
- January 29, 2012 No comments:

I Love the Bunnymen, Hate the Vampires

No argument with using "The Killing Moon" in an advert. But vampires are lame.
- January 28, 2012 No comments:

Why Didn't You Just Play Louder? 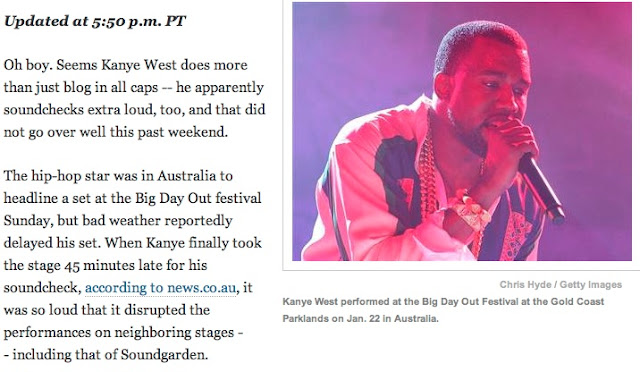 Given that Soundgarden has drums, bass, and guitars and that Kanye has flutes, whistles, scratches and moans, why the hell didn't Soundgarden break into one of their older, faster, and louder songs and just rise to the challenge? If you want to get the crowd on your side, take the opportunity to do something spontaneous and different. Believe me, if you make an effort to deal with adversity, they'll follow you there.

Instead of complaining and using an ill-considered reference to retarded children, Chris Cornell should have acted like a musician and dealt with the issue at hand. This is why I have never gotten on board with Soundgarden. They simply aren't a band worth following and no one knows when that thing will fall apart again.
- January 24, 2012 2 comments:

A Tale of Three Album Covers 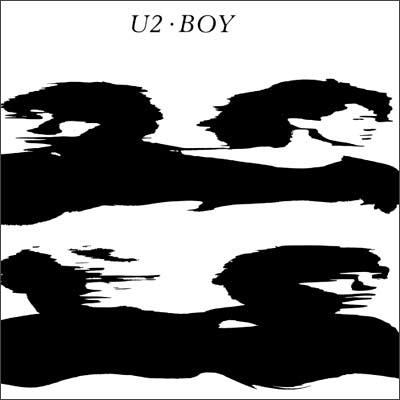 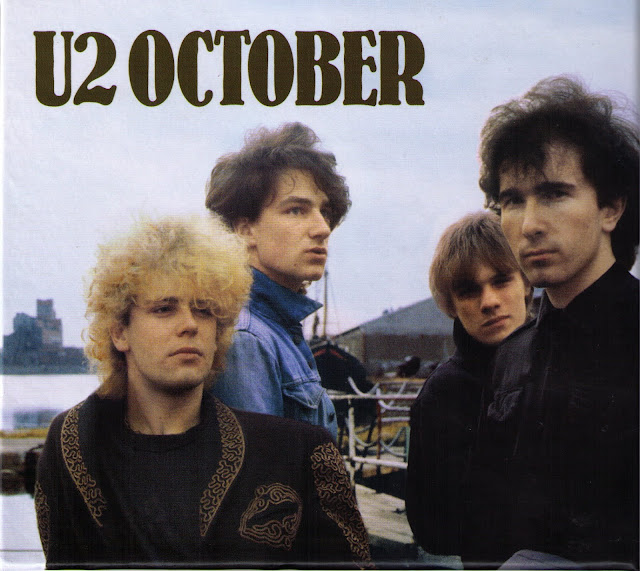 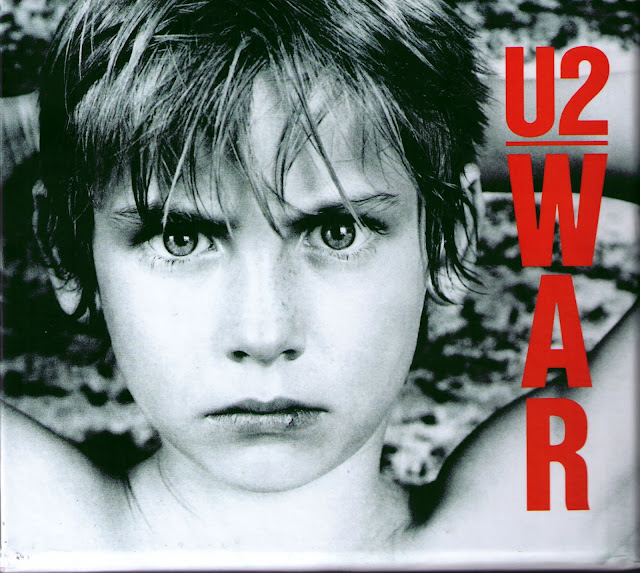 These are probably the three most famous U2 album covers; they represent the early, earnest days of the band.

How is it that they survived the October album? Most bands would have been utterly bankrupt and chased from the music business with a cover like that. Many have. And yet, they persevered. This was because they could play live. That is what people do not understand about the appeal of U2. The songs were good, but they became great live. 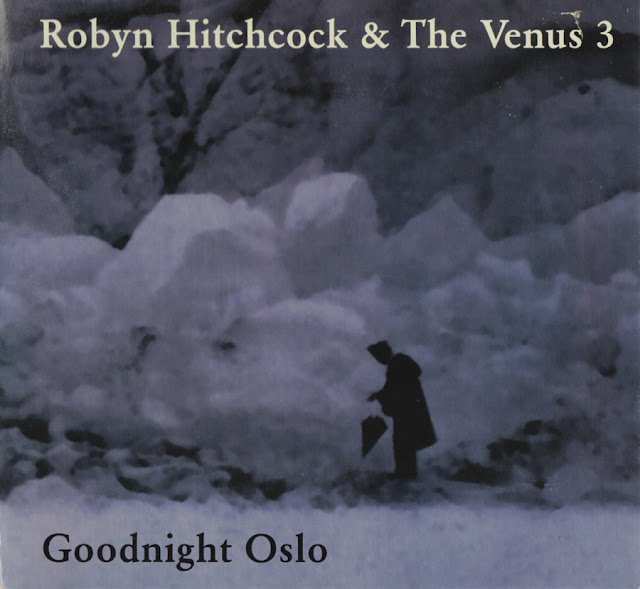 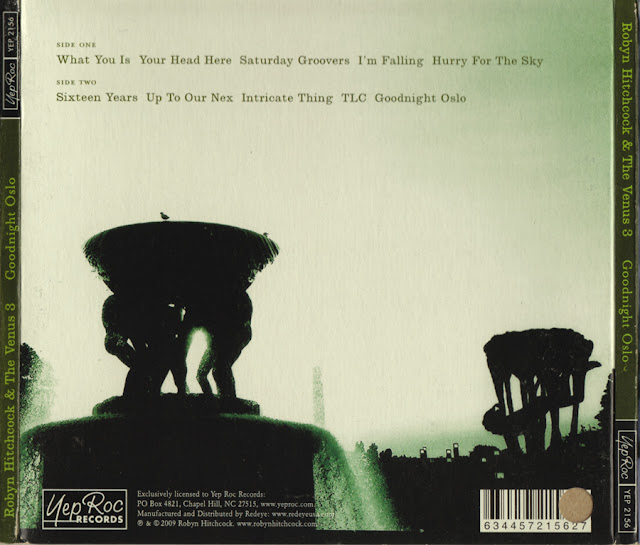 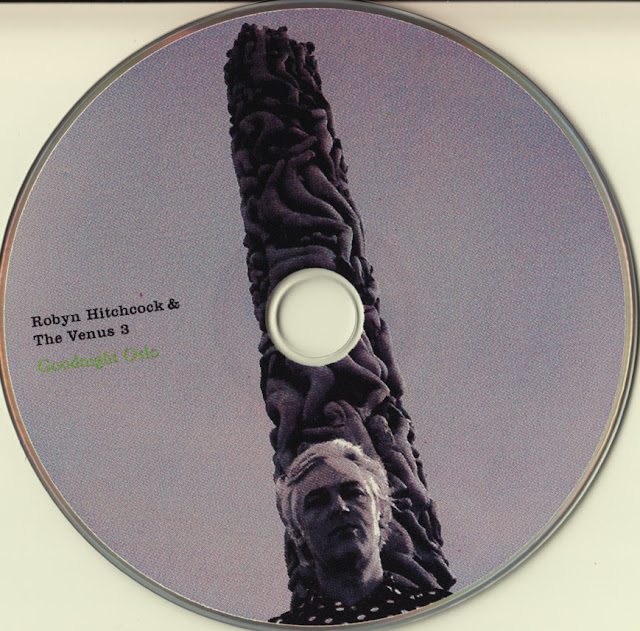 A very intriguing package from Yeproc Records arrived in the mail a few weeks ago. I had missed this release due to being an idiot or whatever. I usually don't miss a Robyn Hitchcock album, but I think this came with a slew of other things and his box sets and all that.

My enthusiasm for the Venus 3 projects wanes considerably when I consider the inclusion of Peter Buck. I realize he's there to help Robyn add some guitar to the tracks and provide some contrast, but I prefer Tim Keegan or pretty much anyone else. In fact, I'd rather just have Robyn playing guitar. I don't know when I began to realize that Peter Buck is just a talented guitarist who just can't be bothered to try anymore. Fifteen years ago, maybe?

This package is wonderful, nonetheless and in spite of my complaints. The songs are the most important part of it, and a batch of Robyn's songs are always worthwhile. I think the design of this works quite well.
- January 19, 2012 No comments: 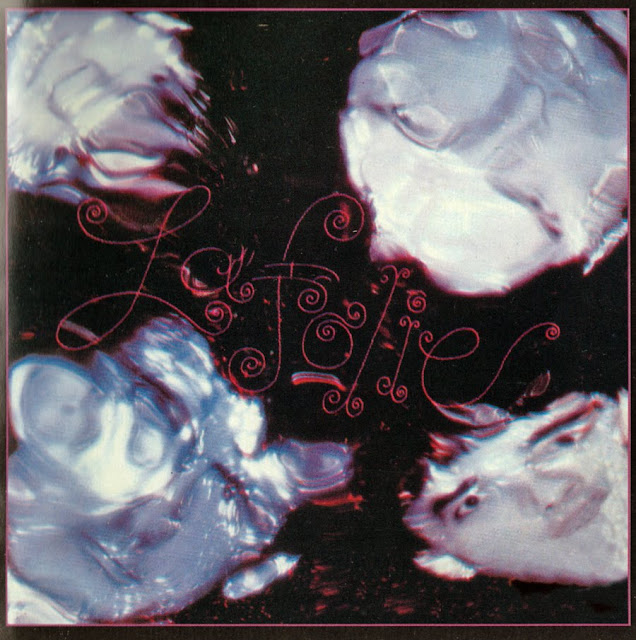 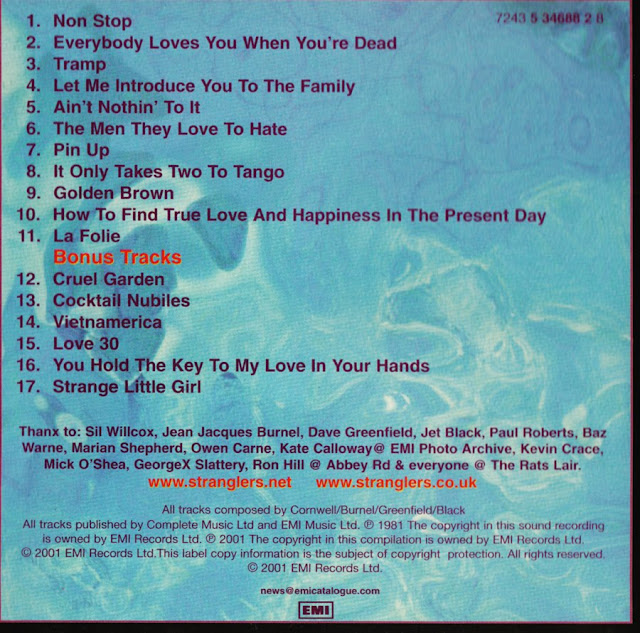 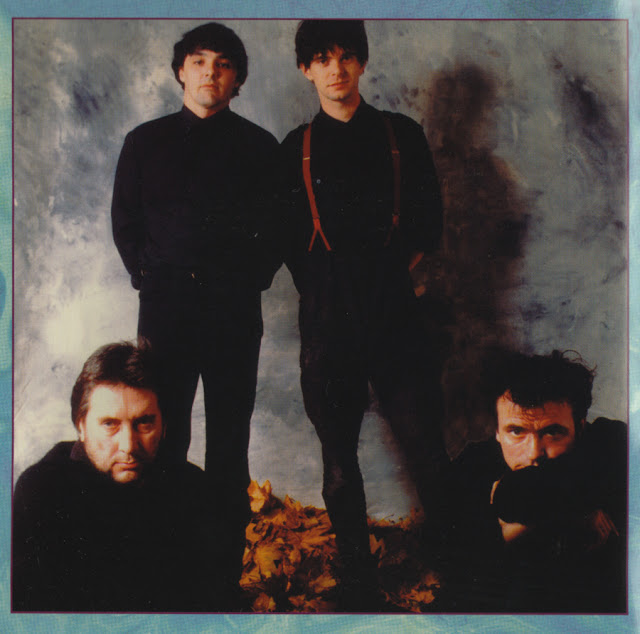 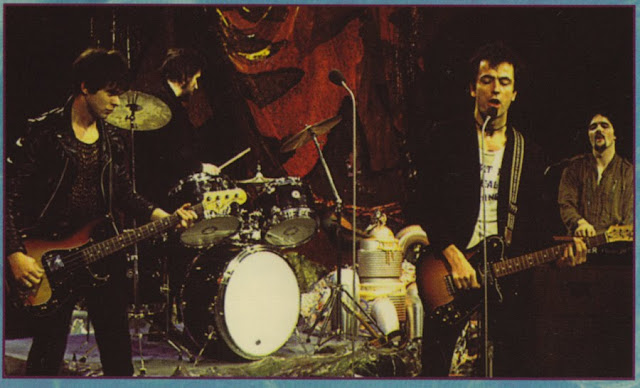 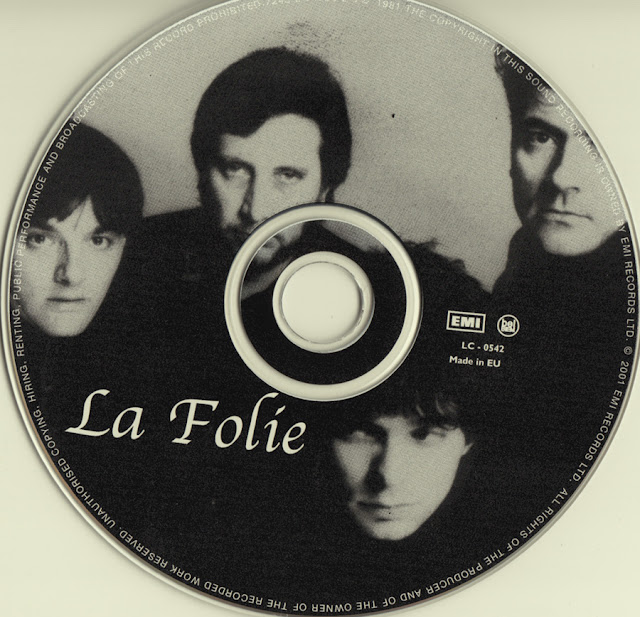 Every time I think I've run out of ideas, I remember that there are, literally, thousands of posts out there that are waiting to be written.

The Stranglers were accused of running out of ideas numerous times but that was never really proven true. They are still at it, getting ready to release a new album this spring called Giants. Hugh Cornwell continues on a tear--producing fantastic solo work and touring Europe this spring as well. If you can, support these artists wherever possible.

La Folie arrived as a transition album; they were leaving the 70s well behind them and they were escaping the punks. The punks evolved and a few even followed the band into the pop era of the 1980s. And, no wonder--the Stranglers owned a significant chunk of the charts whenever they released something, no matter how it was received. They could tour Europe and play to appreciative crowds whenever they felt like it.

And so, this album smacks of the collision between commerce and art. The cover is difficult, but not too difficult. The dreamy, watery portraits and the nearly illegible writing would probably make a marketing student complain, but oh well. It worked then, and it works now. This is the reissue package; I would think that there will be a more comprehensive set of reiussues in the future. The Stranglers think nothing of dropping triple albums on their fans, and their fans eat them up.
- January 13, 2012 No comments: 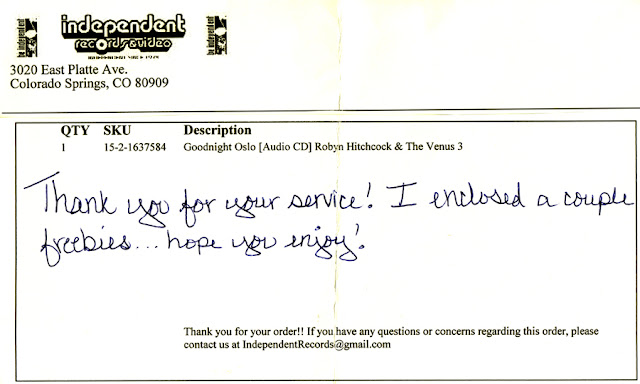 I ordered a Robyn Hitchcock and the Venus 3 CD before the New Year and this arrived in the package, along with a sampler and an EP by Umphrey's McGee.

This is the kind of customer service that builds reputations, and I would be remiss if I didn't emphasize how cool it is to be treated well.

In my last post, I talked about how awful it was to go to Let it Be records in Minneapolis, and I should point out that they used to have (at least) two locations. I don't remember ever being treated decent in there and it's not like I go in and try to do anything other than shop. I rarely ask questions--I just browse the stacks and get what I want.

Now, at the same time I was going into Let it Be, I was shopping in every independent record store in the Twin Cities area. Every single one of them. In the days before the Internet, you had to use the phone book and a map to find these places. And I used a phone book and a map to find them. So, despite shopping in all of these different stores (except for The Electric Fetus, which was a joke of a store and catered to mainstream classic rock customers), I never had occasion to complain.

And, believe me, I know what complaints were in those days. I worked at Title Wave in two locations before it was snapped up and absorbed into the Hollywood Video family of stores.
- January 11, 2012 No comments: 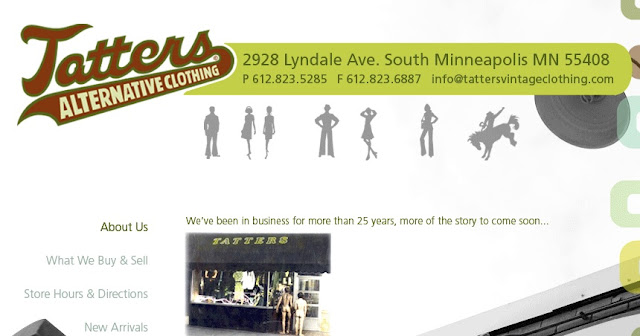 It's too bad that the "about us" section does not go into the wonderful history of this store. Back in the day, it was known as Tatters and Platters (there may have been an ampersand in there for the purists).

I used to enjoy going to this store. There was another location closer to the University of Minnesota, somewhere up highway 55, but I couldn't tell you exactly where it was.

Riding the bus across South Minneapolis and visiting the racks in Tatters and Platters, as well as in a host of other stores (Oarfolkjokeopus, Garage D'Or, and the pawn shop on Lake Street where I found some amazing records) is one of the few good memories I have of the 1980s. I would go by myself because that's the best way to shop for records. It's difficult to imagine, but, 23 years ago, I was probably on my way to one of these stores, ready to spend every spare nickel I had on music. No regrets, none whatsoever.

As I remember it, Tatters and Platters was the only really good record store in Uptown unless you were willing to say Garage D'or was in Uptown; to me, Tatters and Platters was on the very edge of Uptown. There were ghastly stores in the mall there, ones that would sell the most horrible crap to the most uptight people imaginable. No, I did not fit in and I'm glad I didn't.

The other place where I would go was also on Lake Street, and I think it was a Sam Goody or something like that. Normally, I wouldn't go into a place like that and expect much but they always had good deals. Somehow, this may have evolved into a Best Buy (one of the first ones?) and it may have evolved into some other animal altogether.

By the mid-1990s, I was losing interest in record stores, save for the oasis stores (isolated pieces of paradise in a corporate desert) that would always have imports and things like that (yes, that would mean Let It Be in Minneapolis which had the most God-awful staff and the worst location ever, or so it seemed to me). Two great stores that you may know about are Manifest in Columbia, South Carolina and the fantastic Waterloo in Austin, Texas. I bought most of my rare Verve CDs at Manifest, and I have great memories of that drive over from where I was stationed in Augusta, Georgia. Waterloo was like a Godsend to me when I arrived in San Antonio. It was like finding, well, like I said--an oasis.

If you are of a mind to support independent music stores, seek those out. I am sure there are many more.
- January 08, 2012 1 comment: 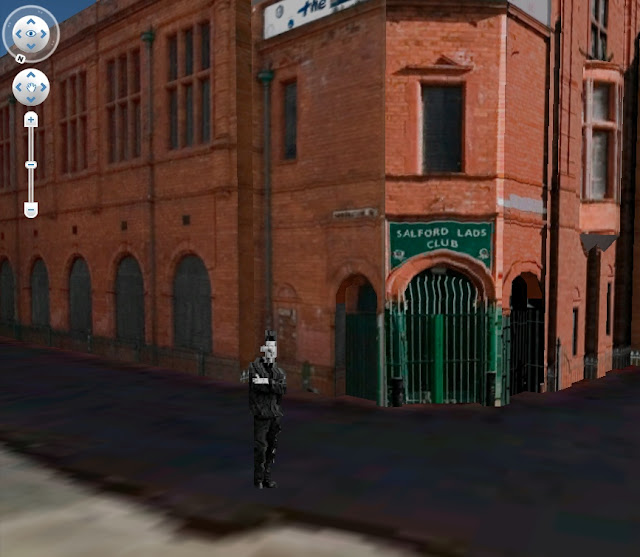 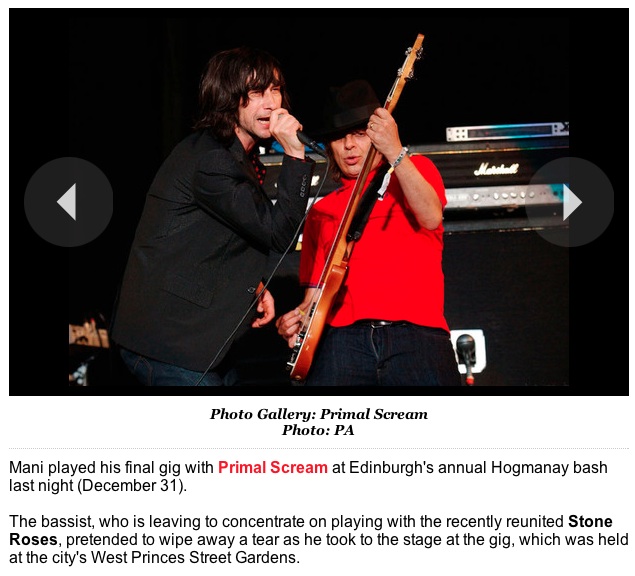 I don't know if that really was a fake tear. I think Mani is extremely gutted to be leaving Primal Scream, but happy to be back making a Stone Roses album (let's hope) before they appear next summer.
- January 01, 2012 No comments: