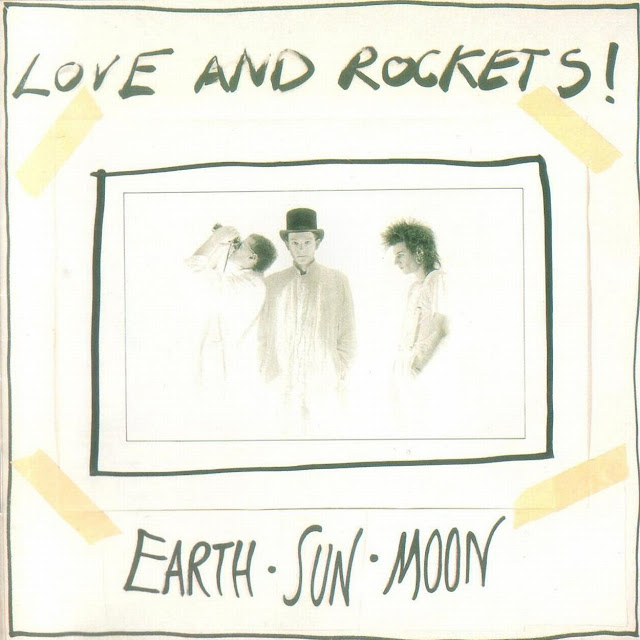 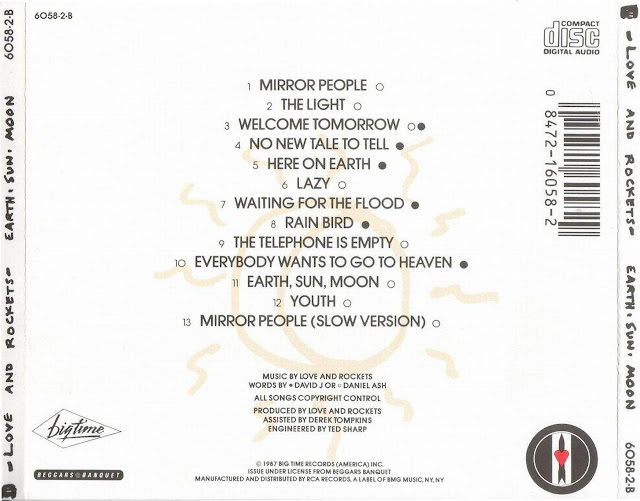 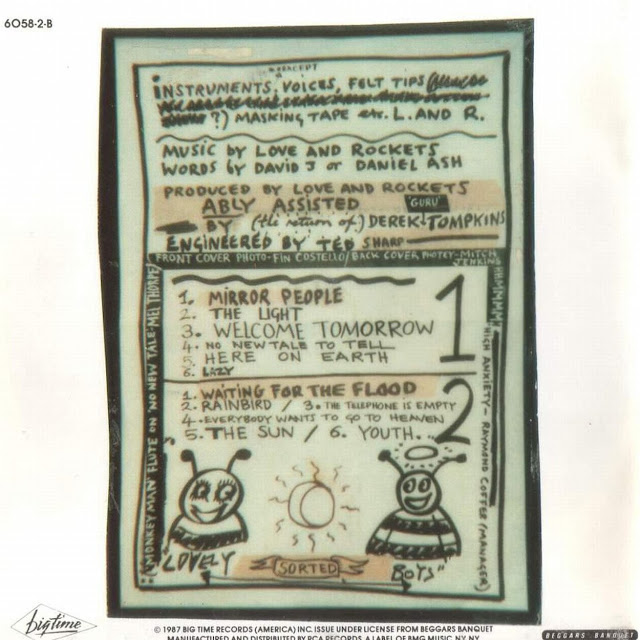 The third Love and Rockets album was a brilliant one, and a diversion from the beaten path that helped point the band towards the big time. The only problem was, of course, the less-than-stellar cover, at least for me, and, well, I'm weird that way.

Conceived as an homage to felt-tip markers, masking tape, and a do-it-yourself mentality, this is one of the (worst) or (best) covers imaginable, take your pick. I don't know if that's also because of the overexposed white image on the front or what. You expect meticulousness from meticulous people; you expect that a band like this will agonize over the choice of what to put on their album cover (this was the 1980s, after all). In the end, they punted and went with this, and it is in their own hand. That does give them some sort of credibility for avoiding the need to employ a marketing angle. This is minimalism for the sake of being able to call it that.

That doesn't mean that the music inside is not brilliant, and it is, and that's what mattered then and matters now. I just wish that, if they were going to go with something white and black, they would have eschewed the felt-tip marker and the cut-and-paste job and made it something more pronounced and, well, meticulous.
- December 11, 2011