Why Would Anyone Hack Into the Life of Alan McGee? 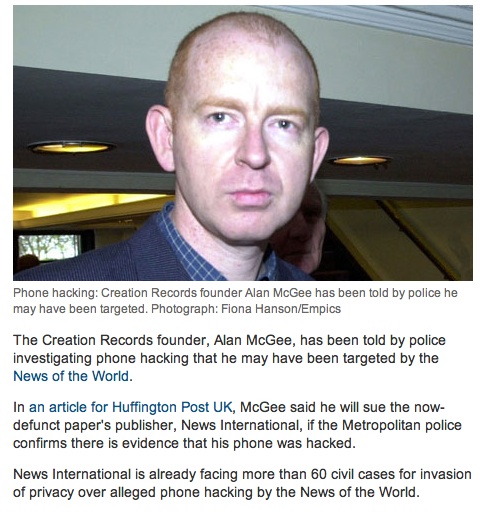 Alan McGee will probably have to get in line to file his lawsuit against News International.

I realize that he was, and to some extent, still is, a leading figure in the music industry in Great Britain, but I would be shocked to find two or three random Americans who know who he is. I say this not to detract from McGee, but to say, "really? Why'd you hack into his life?"

McGee speculates that they were after stuff from Courtney Love. And who the hell ever cared about Love?