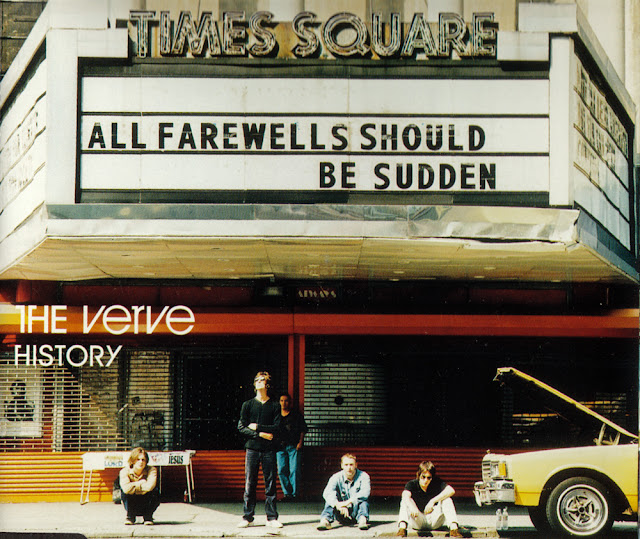 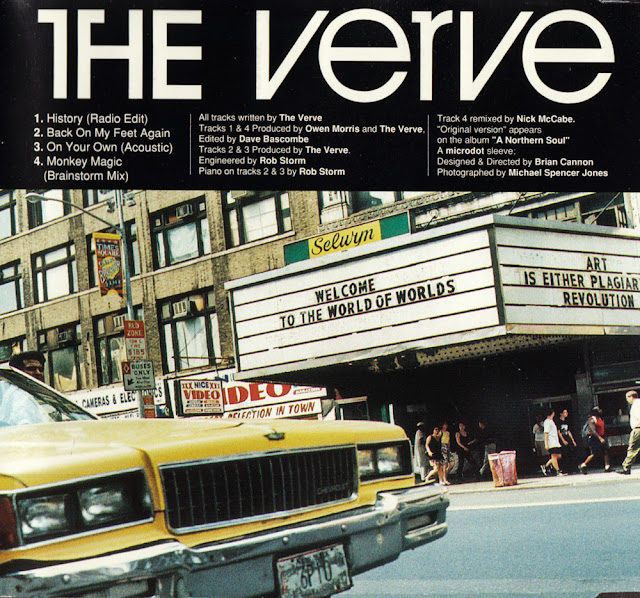 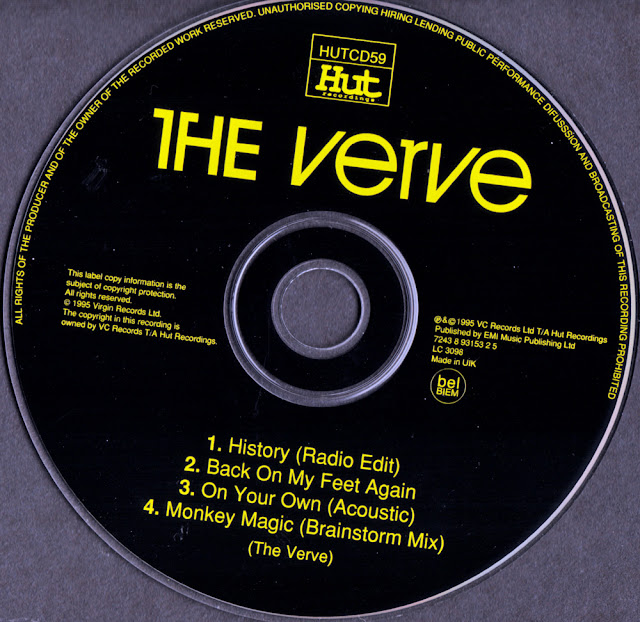 The demise of the CD single has meant the demise of the B-side. Of all the bands you are ever going to hear of, the Verve were legendary for their B-sides (as well as their live performances and the quality of their four studio albums).

This is one of the singles from their second album, A Northern Soul. The cover is cryptic and busy, but features a nice slice of mid-1990s culture and New York City scenery. The work of Microdot is top notch, as always, and the conceptualization of this (and other) cover for the Verve by Brian Cannon represents the best that the Britpop era had to offer. Michael Spencer Jones did a lot of the Oasis stuff as well; his work is timeless. He can capture the style of a band better than anyone.

History is one of the greatest songs of the last fifty thousand years. That is not hyperole; it just is.
- November 25, 2011