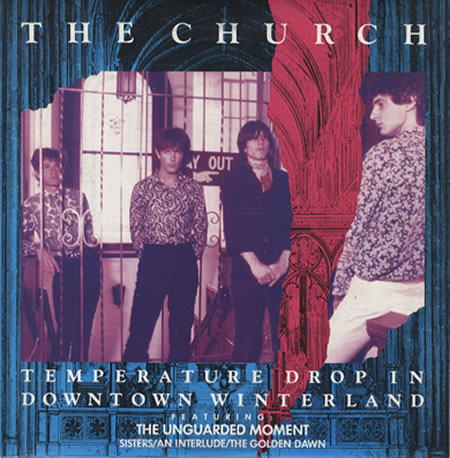 This is an EP that I looked for, years ago, to no avail. A rarity and a treasure in its own right, this EP was deleted in the early 1980s and I reconstructed it through the purchase of The Church's very, very excellent Hindsight album. The track titled "The Golden Dawn" was the B-side that appeared on that compilation, along with a few others.

Temperature Drop in Downtown Winterland is a rarity for another reason--it's the only Church release to have an awful cover. Every single release by The Church has always had a fantastic cover. This one? Ugh. And whose idea was it to use that razorblade anyway? It looks like someone with the shakes went to work with a knife on the artwork. Very edgy and cool for the 1980s, and the Australian music market, but not the sort of thing that stands up very well.