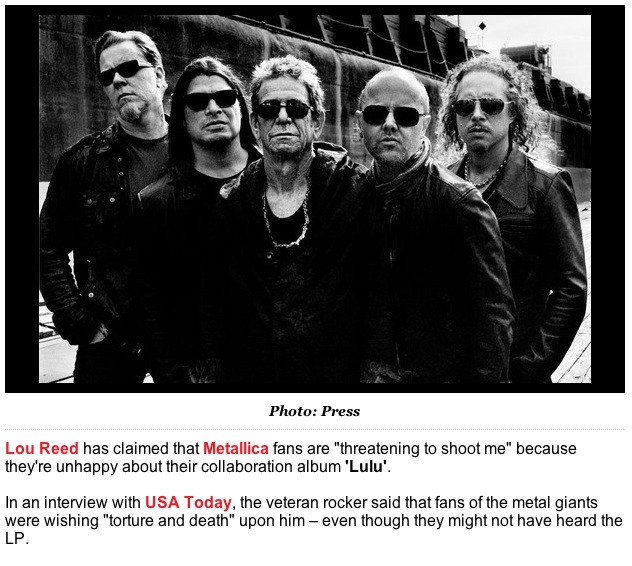 Is there a band out there that is more constrained by their own fans than Metallica?

Whenever you wander into any discussion about Metallica, there are invariably two camps. There are people who just like them and don't care what they do and then there are people who believe that the band's last decent album was ...And Justice For All and don't want to hear anything past that, forever locking them in the place and time in which they arbitrarily "killed" the band.

What is really shocking is to hear that people have such strong feelings for Lou Reed. The commercial indifference that would have met his latest release, had he not worked with Metallica, is out of proportion to his genius. But, by expanding his horizons and, by association, that of Metallica, he seems to have stepped into it.
- November 02, 2011