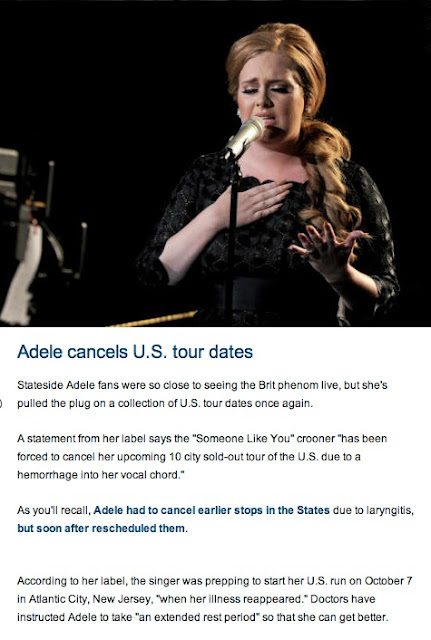 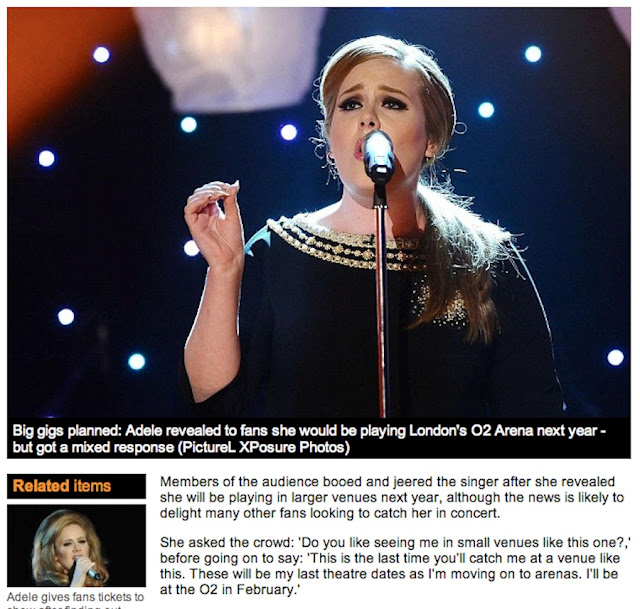 So, as recently as a few weeks ago, Adele began to try to move from a theater act to an arena act, and her English fanbase reacted with disgust.

If this breakdown of trust happens between her and her American fanbase, Adele won't be playing any stadiums or arenas in this country. I think that her fans do forgive her because of her injured vocal chords. I don't think there will be any residual damage to her career prospects as she tries to move into the upper tier of female artists. But, at the end of the day, you have to show up and play or they'll stop planning their lives around seeing you.
- October 05, 2011